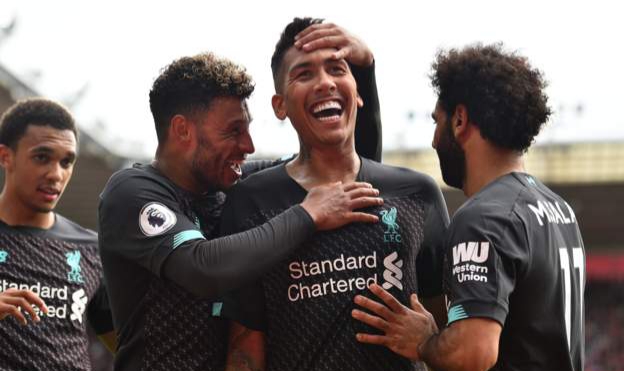 Senegal forward Mane opened the scoring towards the end of the first half with an exquisite strike, before Brazil’s Firmino doubled their lead with a clever finish 20 minutes to time.

Leading 2-0 into the dying minutes, Liverpool goalkeeper Adrian commited a howler to allow Southampton half the deficit.

At Goodison Park, Super Eagles forward Alex Iwobi sat on the bench throughout the match as Everton beat Watford 1-0.

At Brighton, Super Eagles defender, Leon Balogun was missing as the hosts were held to a 1-1 draw by West Ham.