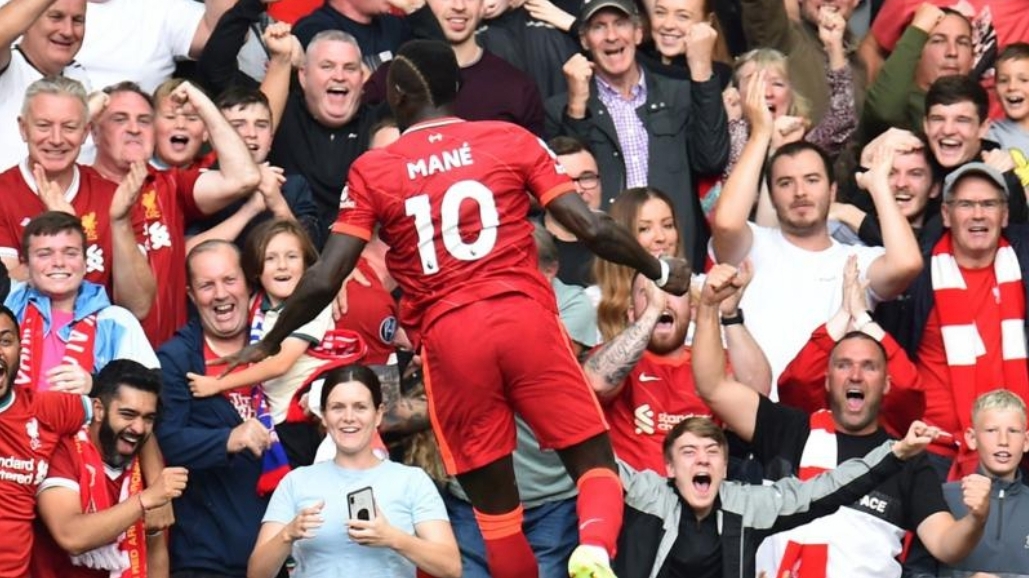 Sadio Mane netted his 100th goal for Liverpool in their Premier League victory over Crystal Palace at Anfield on Saturday afternoon.

The Reds put up an excellent performance to clinch a 3-0 victory over their visitors, continuing their unbeaten run in the English topflight.

Liverpool created numerous chances against a resilient Palace before Mane pounced on a rebound at the back post in the first half.

Jurgen Klopp’s side continued the pace after the break as Mohamed Salah doubled the lead on 80 minutes before Naby Keita’s late curling strike sealed the win.

The result means Liverpool go top of the table for at least a few hours on Saturday with four wins from their opening five games, while visitors Palace remain outside the top 10.

Elsewhere, Arsenal secured another victory in the Premier League as they clinched a 1-0 win over at Burnley.

The Gunners had sealed their first win this season last week with a 1-0 win over Norwich, and did another 1-0 this week to continue the run.

It was Martin Odegaard’s first-half free-kick gave Arsenal their first away win of the season.

At the Etihad Stadium, Manchester City were held to a goalless draw by Southampton, who were awarded a penalty when Kyle Walker was sent off on 60 minutes, but both decisions were overturned following a VAR review.

City, who did not manage a single shot on target until the 90th minute, were sloppy in possession and were lucky to have won a point from the game.

Bayern hit seven against Bochum to go top of Bundesliga

Benitez demands a lot on me, but I’m willing to put the work in —Iwobi