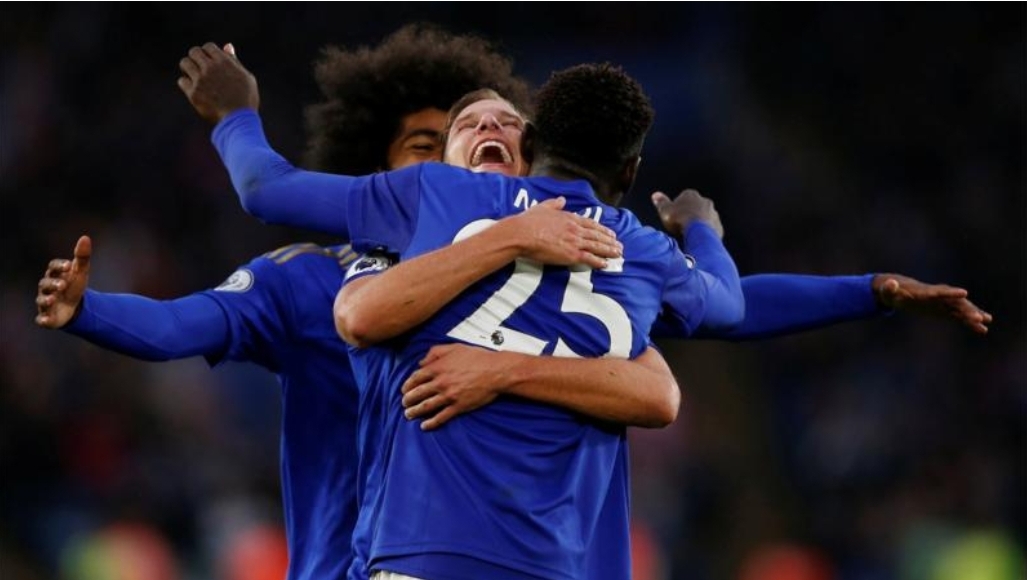 Super Eagles midfielder, Wilfred Ndidi scored his second goal of the season for Leicester City in their 5-0 victory over Newcastle United at the King Power Stadium on Sunday.

Ndidi, who scored with a header against Chelsea earlier this season, added to his tally at the stroke of full time to complete the rout.

The Foxes continued with their impressive start to the season under Brendan Rodgers and defeat leaves Newcastle in the relegation zone.

An outstanding low finish by Ricardo Pereira set Leicester on their way in the 16th minute, before Newcastle were reduced to 10 men after Isaac Hayden’s terrible challenge on Dennis Praet.

The hosts took advantage of their numerical advantage and scored three goals in 10 second-half minutes.

England forward, Jamie Vardy beat Martin Dubravka at his near post to double the lead and, after Paul Dummett had deflected Praet’s cross into his own net to make it 3-0, headed the fourth.

Ndidi then added a late fifth goal with a shot on the turn.

Leicester move back up to third in the table, where they started the weekend.

They stand two points off second placed Manchester City and seven behind leaders Liverpool, who they visit next Saturday.