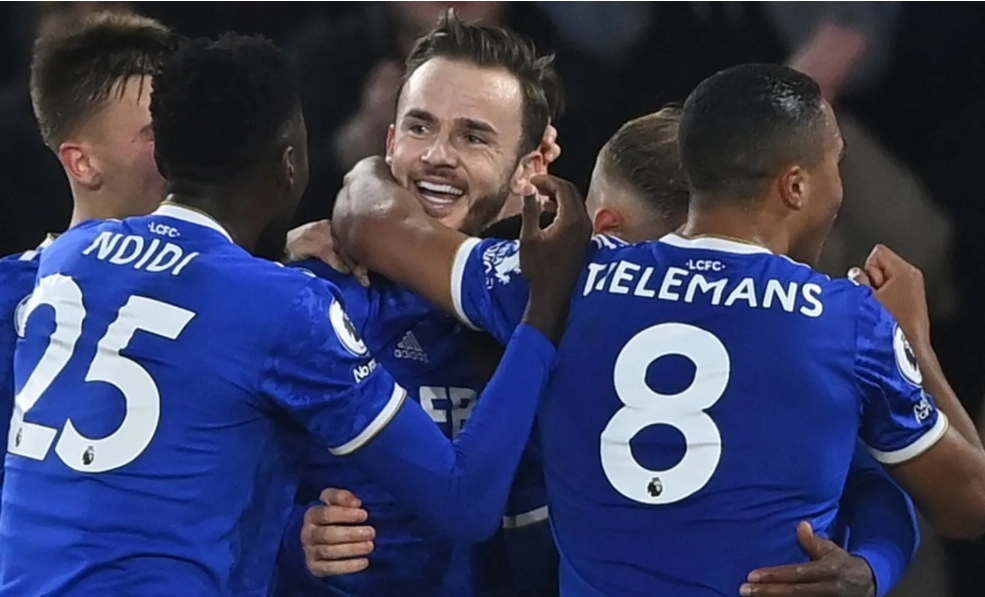 Super Eagles midfielder, Wilfred Ndidi was in action for Leicester City as they bounced back from the Europa League defeat to thrash Newcastle United in the Premier League on Sunday.

His Nigerian teammate, Kelechi Iheanacho was absent from the game.

Leicester defeated their visitors 4-0, with Youri Tielemans scoring twice and Patson Daka and James Madison scoring the other goals.

With the win, the Brendan Rodgers’ side moved up to eighth in the table after only a second victory in seven league games.

Newcastle remain in the relegation places and three points from safety, having won only one game in the league this season.

Earlier in the day, Burnley held West Ham to a goalless draw.

Also on Sunday, Super Eagles forward, Alex Iwobi was an unused substitute as Everton picked up yet another defeat in the Premier League.

The Toffees’ wretched season continued as fans booed manager Rafael Benitez’s decision to substitute Richarlison during the game that ended 3-1.

Everton have won 10 points from losing positions this season but were unable to avoid a fourth defeat in five games.

They face Chelsea on Thursday.