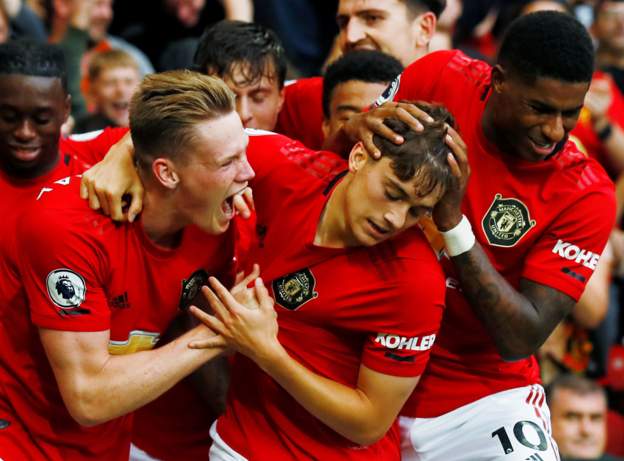 It was United’s biggest Old Trafford win over Chelsea since 1965.

The victory condemned manager Frank Lampard to a miserable start as a Premier League manager for the Blues.

Rashford scored twice, either side of a close-range effort from Anthony Martial, while substitute Daniel James completed the scoring with a goal on his debut nine minutes from time.

The Gabon striker broke the deadlock in the 58th minute and handed the Gunners the victory.

Aubameyang, who co-won the Golden Boot last season, has scored 32% of Arsenal’s Premier League goals since his debut in February 2018.

Nigeria’s Wilfred Ndidi was in action as Leicester City drew goalless with visiting Wolverhampton Wanderers at the King Power Stadium.