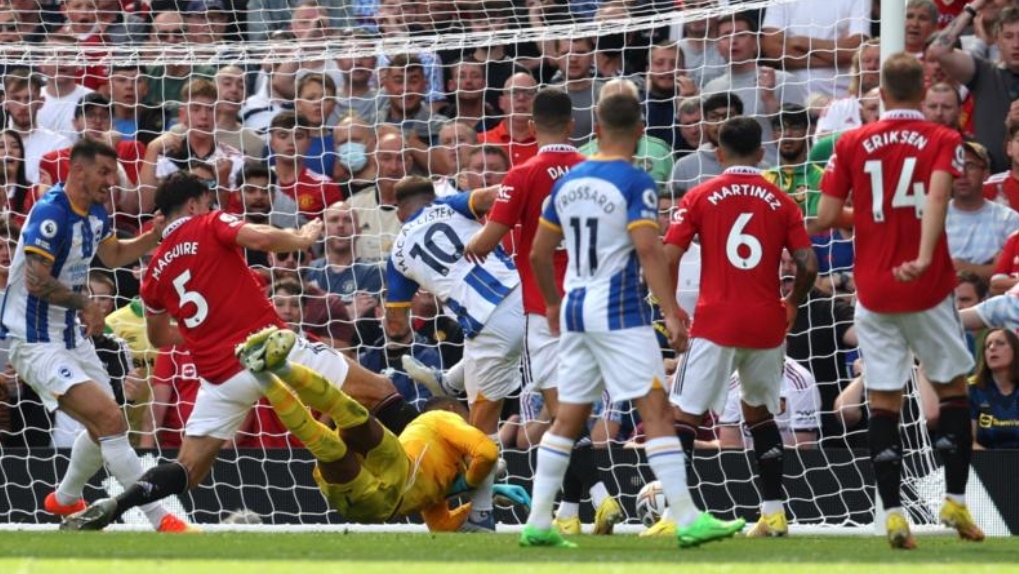 Manchester United started their Premier League campaign on a disappointing note as they fell 2-1 to Brighton at Old Trafford on Sunday.

It was manager Eric Ten Hag’s first competitive game in charge of Manchester United, and it ended up being a nightmare.

The Red Devils were trailing 2-0 at halftime and Cristiano Ronaldo was introduced into the game on 53 minutes to help the hosts.

Pascal Gross scored a brace in the first half for Brighton, netting first in the half hour mark and scoring again nine minutes after.

United kept on fighting and were only able to get a consolation in the 68th minute when Alexis Mac Allister turned into his own net as he attempted to keep the ball out.

Brighton had to withstand some heavy pressure but managed to hold firm unto the final whistle, and secured a first win at Old Trafford.

In another Premier League game played concurrently, Super Eagles midfielder Wilfred Ndidi were in action as Leicester City played a 2-2 draw with Brentford at the King Power Stadium.

Kelechi Iheanacho was an unused substitute in the game.