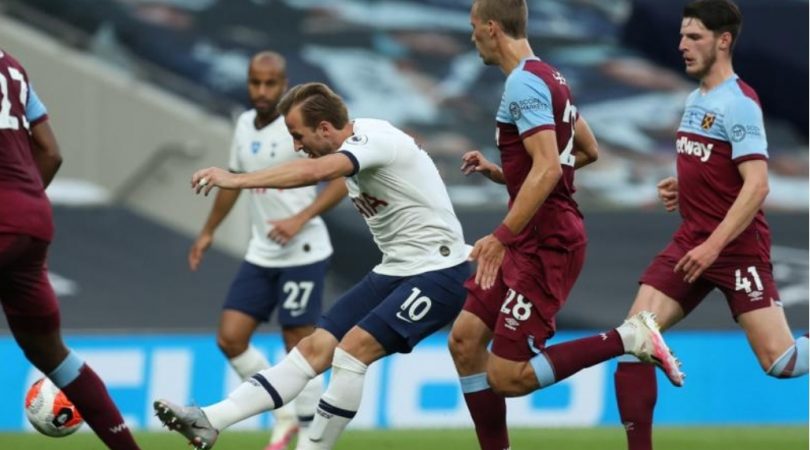 Son Heung-Min thought he had put the hosts ahead late in the first half, but his effort was ruled out by VAR.

After a goalless first half, Spurs got into the lead when Soucek diverted the ball into his net from a corner in the 64th minute.

England striker Harry Kane then scored the second goal from a Son assist, making his 200th league appearance for Spurs a memorable one.

With the 2-0 win, Spirs climb to seventh on the table, while defeat for West Ham keeps the side just above the relegation zone by goal difference.

Earlier in the day, Super Eagles duo of Wilfred Ndidi and Kelechi Iheanacho were in action for Leicester City.

The Foxes drew goalless with visiting Brighton at the King Power Stadium, with goalkepper Kasper Schmeichel preventing a loss by saving a penalty.

The saved spot kick, taken by Neal Maupay in the first half, was Schmeichel’s fifth in Premier League.

The point adds to Leicester’s hold on third place in the table, while Brighton moved six points away from the relegation zone.