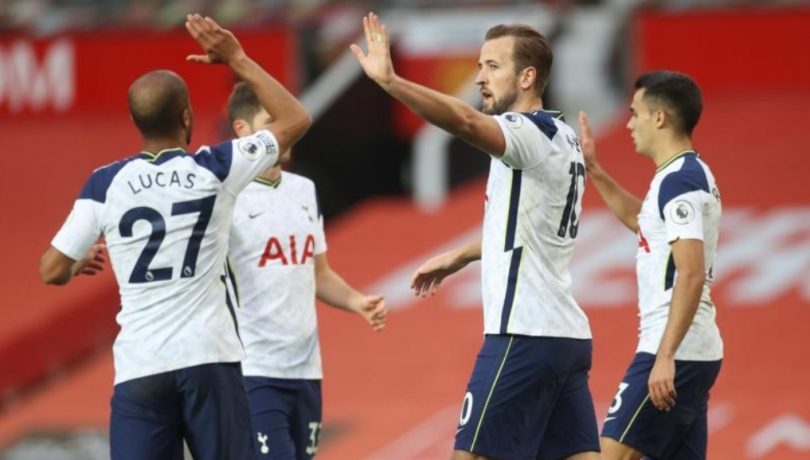 Harry Kane and Son Heung-Min bagged a brace each as Tottenham Hotspur humiliated Manchester United in a Premier League encounter on Sunday.

The gane played at Old Trafford saw the Red Devils humiliated by their visitors, who came from behind to seal the emphatic win.

The Ole Gunner Solskjaer side opened the scoring in the second minute when Bruno Fernandes converted a penalty before Ndobele equalized on seven minutes and Spurs ran riots.

United were completely outplayed, and the situation worsened after they got reduced to 10 men in the 28th minute when Anthony Martial was red-carded after dragging his hand across Erik Lamela’s face.

Tottenham, who had had a very busy week, now move up to fifth, while United, with their heaviest defeat under manager Solskjaer, sank to 16th in the Premier League table.

Earlier on Sunday, Arsenal overcame a fightback from Sheffield United as they held on to win 2-1 at the Emirates Stadium.

After a goalless first half, Arsenal scored two quick-fire team goals in the 61st and 64th minutes through Bukayo Saka and Nicolas Pepe to dominate the encounter.

Sheffield, who are yet to earn a point in the league thus season, tried to fight back and successfully pulled a goal back in the 83rd minute through David McGoldrick.