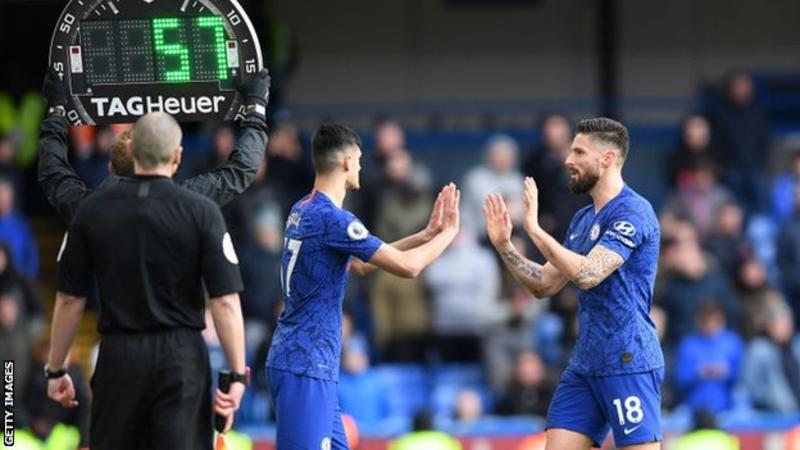 English Premier League teams will be able to make five substitutions, instead of three, in the remaining matches of the 2019-20 season.

World football governing body, FIFA had proposed the use of five substitutes during games to relieve players from stress due to tight fixtures.

The rule making body, IFAB approved it, and gave competitions the option of increasing substitutes, with the new rule to be revisited at the end of 2021.

The Premier League, which is set to return on 17 June after a three-month absence, says team will also be able to name nine substitutes instead of the usual seven.

Though teams can now make five substitutions, each will only have three opportunities to make changes throughout the match in order to minimise disruption to the game.

Champions Manchester City will host Arsenal on 17 June, as well as Aston Villa vs Sheffield United. The rest of the remaining 92 fixtures will be given dates within the next 24hrs.