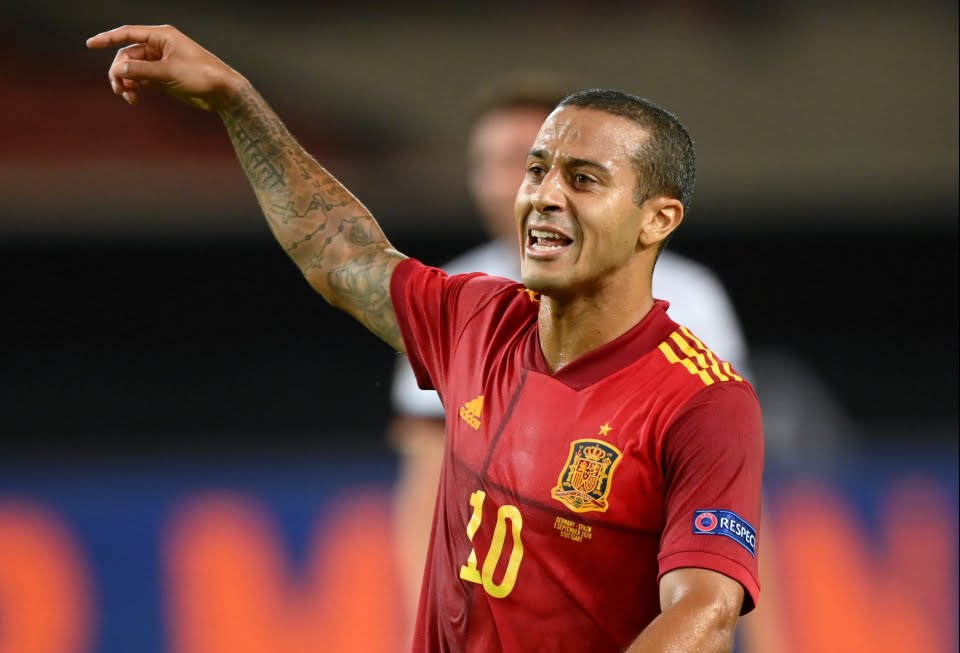 While Thiago is on his way to league champions Liverpool, Bale is set to make a return to Tottenham Hotspur.

Reports on Thursday say that Liverpool have agreed a deal to sign midfielder Alcantara for at least £20m, plus £5m in add-ons, on a four-year contract.

The 29-year-old joined the German giants from Barcelona in 2013 and helped them win the Champions League last season.

He is set to wear the number six shirt at Anfield.

On Bale’s part, reports say the Welshman is set to fly to England on Friday to complete his return to Spurs.

Talks between the clubs are said to be progressing positively, as the English team look to land the forward on a loan deal.

Bale is understood to be training on his own at Real on Thursday and awaiting the outcome of negotiations.

The 31-year-old scored 26 goals during the 2012-13 campaign while at Spurs, and could help the Jose Mourinho side as they already began the season with a disappointing defeat against Everton.

Bale originally joined Spurs from Southampton in 2007 before moving to Madrid.