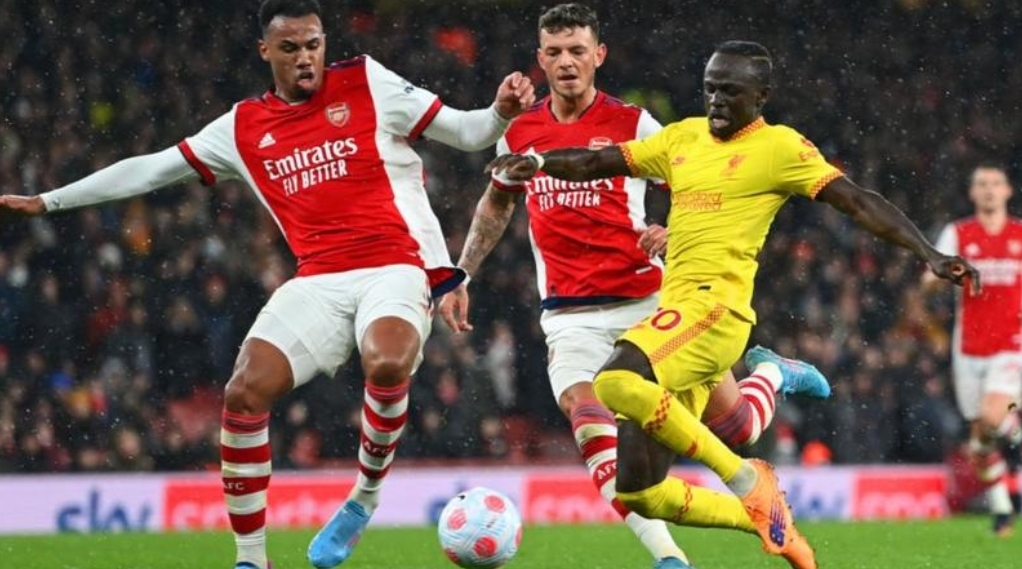 The English Premier League title race has just gotten toughened up after Liverpool closed the gap on leaders Manchester City to just one point.

The Reds battled against a stubborn Arsenal side at the Emirates Stadium on Wednesday and successfully secured a 2-0 victory against their hosts.

After a goalless first half, Diogo Jota opened the scoring on 54 minutes before substitute Roberto Firmino sealed the win on 62 minutes for the Jurgen Klopp side.

With 29 matches already played by the top two club, only one point separates them. Both sides will lock horns on 10 April in a mouthwatering top-of-table clash at Etihad Stadium.

Earlier on Wednesday, Tottenham Hotspur put up a fine performance to secure a 2-0 victory over Brighton, with Romero deflecting in Kulusevski’s shot before Harry Kane also scored.

Spurs boosted their European hopes with the win as they are now just three points behind fourth-placed Arsenal, and two behind fifth-placed Manchester United.