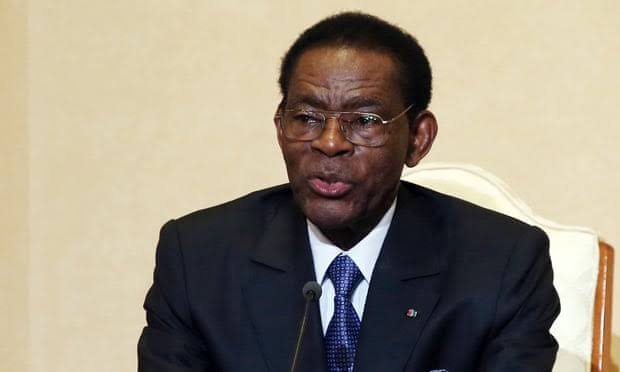 The tiny oil-rich Central African country has been under immense international pressure to abolish the death penalty and do away with the toga of the world’s most authoritarian nation.

In a nationwide broadcast on Tuesday, Mbasogo said the death penalty has been totally removed.

The country’s Vice President, Teodoro Nguema Obiang Mangue, also confirmed on Twitter that capital punishment has been scrapped in the country.

He wrote: “I am writing in capitals to seal this unique moment: ‘EQUATORIAL GUINEA HAS ABOLISHED THE DEATH PENALTY.”

The removal of death penalty from the country’s penal code will come into force in 90 days following its publication in the official state journal, subject to approval by parliament.

The last official execution in the country of 1.4 million was carried out in 2014, according to Amnesty International.

But international Non-Governmental Organisations and the United Nations have regularly accused the government of forced disappearances, arbitrary detention and torture.

Related Topics:Death PenaltyEquatorial Guinea
Up Next