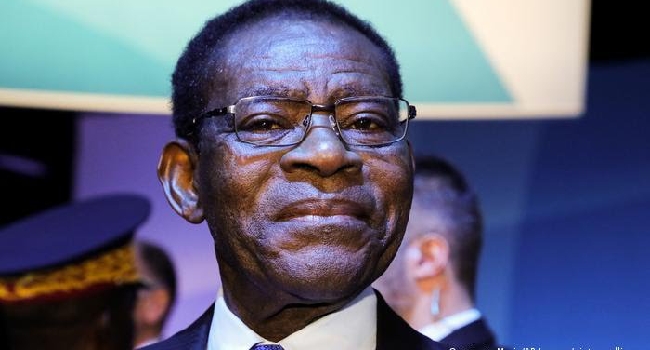 Equatorial Guinea’s President Teodoro Obiang Nguema Mbasogo, has been re-elected to a sixth term in the oil rich central African country, extending his 43-year reign and cementing his place as the world’s longest-serving president for over four decades.

The announcement which was made on Saturday by his son and Vice President Teodoro Nguema Obiang Mangue, six days after the vote, said Obiang received 94.9% of the votes cast with election officials putting the turnout for the vote at 98%.

The 80-year-old won the polls with a whopping 405,910 votes, while the two major opposition candidates, Andrès Esono Ondo and Buenaventura Monsuy Asumu, each received around 9,700 and 2,900 of the approximately 413,000 votes, the VP said.

According to the vice president, the ruling Democratic Party of Equatorial Guinea (PDGE) coalition also won 55 seats in the Senate and 100 seats in the lower house which is also known as the Chamber of Deputies.

“The definitive results prove us right again. We continue to prove to be a great political party!” he wrote on Twitter.

Obiang has been in power since 1979 when he staged a coup that ousted his uncle, Francisco Macias Nguema, who was the country’s first president its independence from Spain in the 1968.

He would later go on to personally shoot the uncle to death two months later.