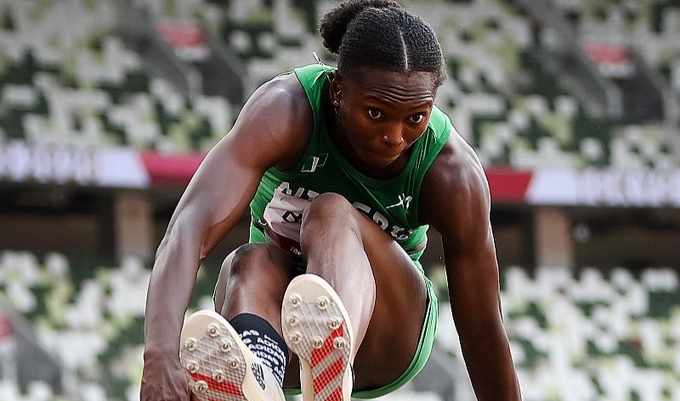 Team Nigeria have finally clinched a medal at the ongoing Tokyo Olympic Games after Ese Brume won a bronze medal in the women’s long jump event.

Brume finished in third position in the Long Jump final after leaping 6.97m.

Brume’s feat broke the jinx for Nigeria, who had not won a medal in Athletics since 2008.

The 25-year-old was also the jinx-breaker in Doha, where she ended Nigeria’s long wait for a medal at the World Championships.

Ripples Nigeria had reported in May when Brume leapt her personal best – a distance of 7.17m – at the Chule Vista Festival in California.

That effort crowned her the African record holder as she broke the record long held by renowned sprinter, Chioma Ajunwa.

Ajunwa had leaped an amazing 7.12m in the women’ long jump event of the Atlanta 1996 Olympic Games to set a record no African was able to beat for 25 years.

Meanwhile, Team Nigeria at the Tokyo Olympics will be adding yet another medal later on Tuesday when Blessing Oborodudu will fight in the 68kg wrestling final, with a gold or silver medal already guaranteed.