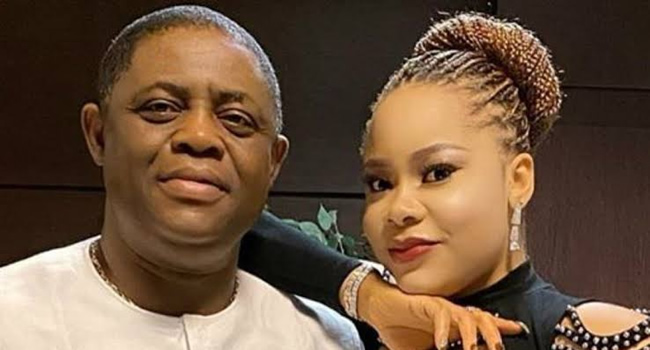 Precious Chikwendu, a former Nigerian beauty queen and the estranged wife of the Minister of Aviation, Femi Fani-Kayode has alleged that her former partner is impotent.

The former beauty queen specifically revealed this in an application for custody of the four children she had with Fani-Kayode that their marriage was never consummated.

Hearing in the application filed at the Customary Court of the Federal Capital Territory (FCT); Abuja on Tuesday, December 7 was adjourned till today, Wednesday, December 8, 2021.

Chikwendu filed the application through her counsel, Mr. Abiodun Olusanya. Also, she notified the court that she had information that one of the kids – all of whom are currently in the custody of Fani-Kayode – was injured in the head.

Olusanya, counsel to Chikwendu, told the court that the ex-minister had been served via substituted means, as ordered by the court.

Chikwendu told the court that Fani-Kayode never consummated his six-year relationship with her.

In the suit marked FCT/CCK8/01/043/2021; the ex-beauty queen revealed that she was forced to remain celibate during their cohabitation. Further, she alleged that the four children she birthed in her affair with Fani-Kayode were conceived via artificial insemination.

Consequently, she urged the court to declare that she was never married to Fani-Kayode. Chikwendu stated that contrary to the ex-Minister’s claims; he neither paid her bride price nor performed customary or statutory marriage rites with her. Also, she alleged that in the course of their cohabitation; she found out that his marriage to his third wife, Regina, was never dissolved.

Among other things, she accused Fani-Kayode of recurring assault. She also alleged that he ordered his bodyguards to strip her naked and lock her up in her room.

Also, the mother of four claimed that their relationship was filled with “woes, lies, deceits, quarrels, assaults, battery and domestic violence, lack of trust and absence of love, public disgrace and shame, and absence of s*x due to the inability to s*xually perform and intolerable behavior of the respondent.”

FFK has yet to file a response to the claim.