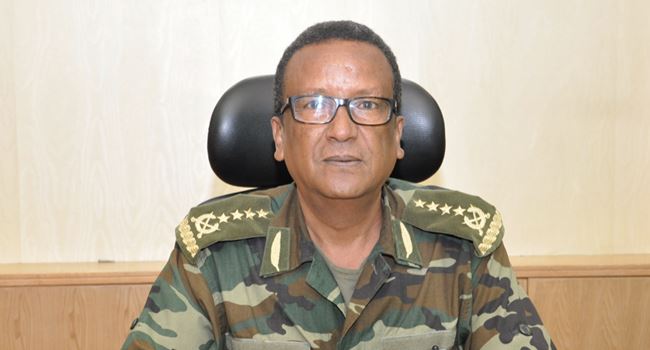 The suspected ringleader of Saturday’s failed coup attempt in Ethiopia’s Amhara region has been declared wanted, a senior security official told the BBC on Monday.

Amhara’s regional security chief, Brig-Gen Asaminew Tsige, has been accused of being behind the coup plot.

His whereabouts are unknown, and he is on the run, Amhara regional deputy head of security Gedebe Hailu said.

Brig-Gen Asaminew was among a group of high-ranking military officers released from prison early last year when the previous government moved to free political detainees in response to public pressure.

Both the army chief, Gen Seare Mekonnen, and Amhara governor, Ambachew Mekonnen, who was also killed, were seen as close allies of the prime minister.

Pro-government forces have been deployed in Amhara’s capital, Bahir Dar, and the federal capital, Addis Ababa.

Flags are flying at half-mast after the federal government declared a day of mourning to mark the deaths while the internet has been shut across the country, days after services resumed following an unexplained blackout of more than a week.

US secretary in Saudi Arabia amid drone attack threats from Iran