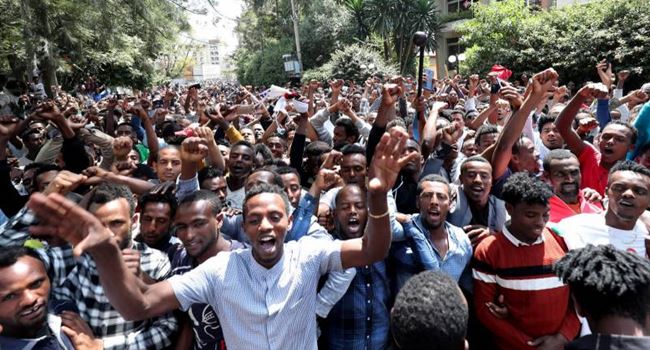 The death toll arising from unrest over the killing of popular musician, Hachalu Hundessa in Ethiopia has risen to 166 according to local police.

He also added that ten people have been killed in the capital Addis Ababa.

In his statement, the police official said the violent unrest had now “completely stopped”.

Hachalu, 34, was killed recently, sparking unrest that spread from Oromia where he was seen as a hero.

His songs focused on the rights of the country’s Oromo people, Ethiopia’s largest ethnic group, and became anthems in a wave of protests that led to the downfall of the previous prime minister in 2018.

Related Topics:EthiopiaHachalu Hundessa
Up Next