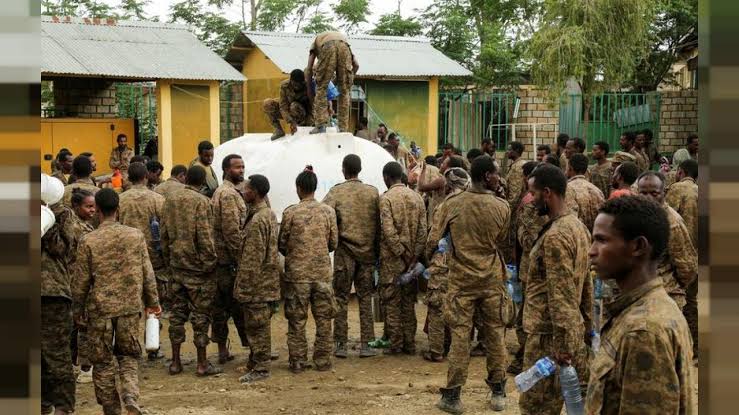 The 550 Ethiopian soldiers who were part of the United Nations peacekeeping team in Sudan have refused to return home and are seeking asylum in the North-East African nation.

A senior military official, who knew about the soldiers’ ordeal, said on Wednesday they are afraid of persecution back home by the Ethiopian authorities.

The soldiers were part of a UN peacekeeping force working in Abyei, a contested oil-rich area near Sudan’s border with South Sudan.

The official said the soldiers were at the peacekeeping mission’s rear base in Kadugli in South Kordofan and that the United Nations Human Rights Commission (UNHCR) was “planning to move them to one fenced camp near a refugee camp for Eritreans in Sudan’s Gadaref state.”

The war in Ethiopia had pit the government and its allies against the Tigrayan forces loyal to the Tigray People’s Liberation Front (TPLF), a political party that once dominated national politics and now controls the Tigray region in the country’s Northern region.

And since the fighting started, ethnic Tigrayans have been repeatedly detained and persecuted without trial, according to international human rights watchdogs.