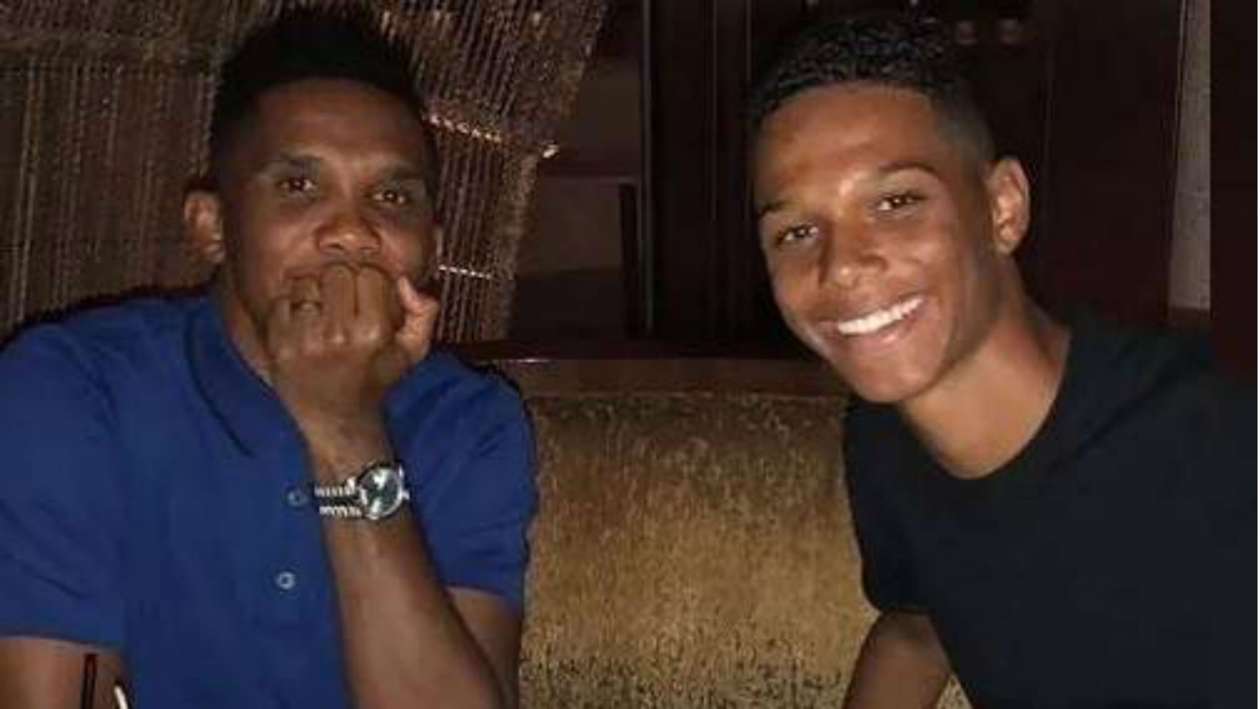 Etienne Eto’o Pineda, the son of African legend Samuel Eto’o, is not giving up on his dreams of playing for Cameroon despite also being eligible to play for Spain.

The 17-year-old could not join the Cameroon U-17 team that is currently preparing for the FIFA World Cup in Brazil due to a Presidential order made in 2014.

The presidential decree reserves Cameroon Under-15 and Under-17 national team places exclusively to home-based players.

Etienne, based in Spain and plying his trade at Mallorca is however undeterred by the latest setback and is looking forward to being invited by the U-20 national team in months to come.

“I have to go back and continue working to grow in the football world,” the teenager told Kick442.

“I decided to come and represent the Under-17 Lions of Cameroon, I can’t lie to you Spain is also my country but Cameroon I really feel Cameroonian.

“My father achieved a lot with Cameroon and I will like to emulate or try to match his achievements with my country Cameroon.

“Yes, it is very difficult to handle this situation but I am very excited to be back with the Under-20, Under-23 and why not the senior team one day if God wants.

“The qualifiers of the Under-20 Afcon is the next possible event for me, I am very excited to play for Cameroon. Though Spain is my country for now, Cameroon is my choice.”

Samuel Eto’o was already a full Cameroon international at the age of 16, and went on to win two Africa Cup of Nations (AFCON) titles and featured in four FIFA World Cups.

When the U-17 World Cup kicks off on Saturday in Brazil, Cameroon will face Spain, Argentina and Tajikistan.

FIFA U-17: Golden Eaglets ‘ready to conquer the world again’