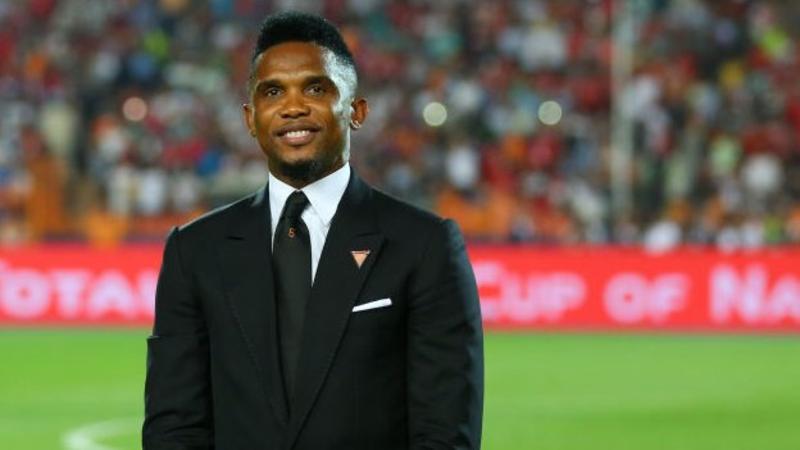 The son of Cameroon legend Samuel Eto’o, Etienne Eto’o Pineda has been called-up to the the country’s squad for the Under-17 World Cup.

Etienne, 17, is eligible to play for Spain, where he was born, but is set to follow in his father’s footsteps and commit to playing for Cameroon.

The World Cup is billed to kickoff on October 26 in Brazil, and it might be the striker’s first appearance for the Central African country.

Etienne is plying his trade at Spanish club Mallorca, where he is captain of the under-17 team.

As it stands, the Cameroon Football Federation is waiting for clearance from Mallorca for Etienne to join the training camp in Yaounde.

The team is expected to continue gearing up in Istanbul, Turkey from the 20-27 September before heading to Brasilia for their last training camp.

The Cameroonians have been drawn to play Argentina, Spain and Tajikistan in Group E.

During their only other World Cup appearance – in 2003 in Finland -, Cameroon crashed out in the group stages undefeated, with the highpoint of their participation an exciting 5-5 tie with Portugal.