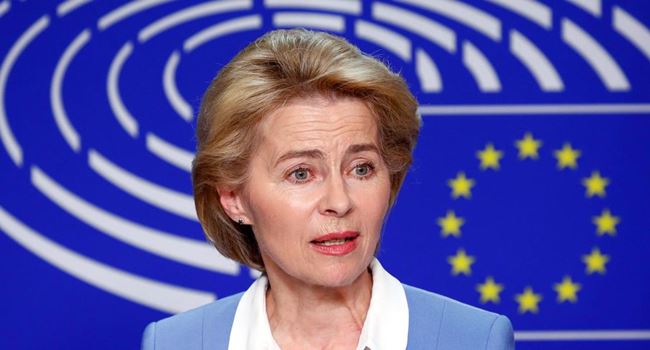 The European Union (EU) and China on Wednesday signed an investment pact that will provide European companies greater access to Chinese markets and help address what Europe views as unbalanced economic ties.

The deal was consummated after almost seven years of talks and will probably take at least another 12 months to take effect. It is part of a new relationship with China, seen by the EU as a partner, and at the same time a rival.

“The EU has the largest single market in the world. We are open for business, but we are attached to reciprocity, level playing field and values.

The pact needs ratification to enter into force, a process that could take months, said an EU official.

It will outline provisions for a level playing ground to restrain state assistance from undercutting competition and sustainable development provisions.

“This is the same government that for decades has blatantly violated its commitments under multiple, varied, and freely undertaken international legal obligations; in just the past year it has shredded the Sino-British Joint Declaration, resisted independent investigations into Covid-19 and horrific human rights violations in Xinjiang, and worked hard to weaken international human rights law,” said Sophie Richardson, China director at Human Rights Watch.

Read also: China joins EU, imposes $50bn worth of tariffs on US as trade war looms

“Its human rights commitments aren’t just devoid of credibility – they are used to mask grave abuses. No one should agree to that,” she added.

However, European businesses, which are among the major beneficiaries of the deal, were more upbeat.

China is said to have agreed in principle to open markets including private health care, new energy as well as financial and cloud services to European investment.

“We eagerly await the release of the details of this political agreement, and hope to find a robust and bold conclusion,” said Joerg Wuttke, president of the European Union Chamber of Commerce in China.

“A strong agreement would be a powerful statement to show that constructive engagement can produce results.”

BusinessEurope noted that access to Chinese markets was instrumental to forging a balance in the Chinese-European relationship.

“We still need to assess the content of the agreement, but we are confident it will mitigate current unbalances in our bilateral relationship, bringing additional market access and legal certainty for our investors,” the lobby group said in a press release.

The deal was struck as China this year outperformed the U.S. as the EU’s foremost trading partner, with bilateral trade from January to September hitting $516.8 billion, bettering the US and EU’s $501 billion worth of trade.

Related Topics:ChinaEuropean Union
Up Next

SPECIAL REPORT: Is a new youth-centred Africa upon us? Abundant Africa is leading the charge

Deeper Life opens up on molestation in Uyo school