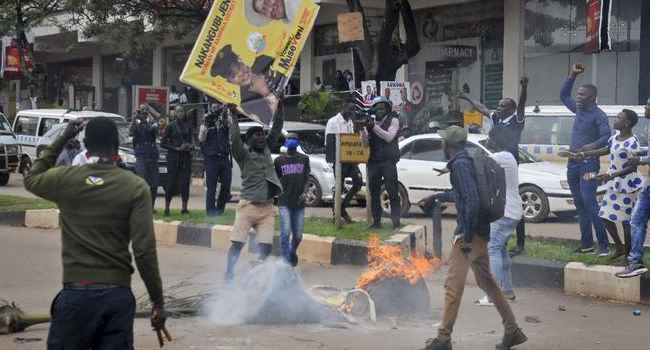 The European Union has demanded an immediate probe of alleged continued harassment of politicians and civil society actors in Uganda after last week’s general election.

In a statement issued on Wednesday, the EU expressed concern at the continued suppression of opposition leaders by President Yoweri Museveni’s administration.

Museveni was re-elected for the sixth term in office last week.

“The government of Uganda has been urged henceforth to restrain its security agencies, investigate claims of abuses, and bring to account all those responsible for violations,” the EU Council of Ministers said in the statement.

The EU added that the shutdown of internet disrupted the work of journalists, observers and polling agents expected to monitor the election.

The European body’s reaction came days after heavily armed Ugandan soldiers stationed outside the home of opposition presidential candidate, Bobi Wine, blocked the United States Ambassador in the country from visiting the candidate.