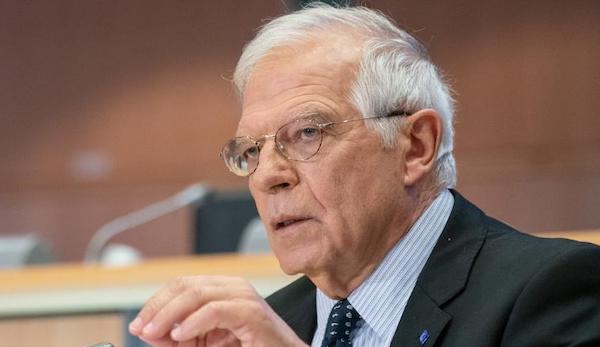 The European Union (EU) has expressed shock at the reported killing of #EndSARS protesters by the military in Nigeria.

In a statement issued by its High Representative/Vice-President, Josep Borrell, on Wednesday, the EU urged the Federal Government to prosecute those behind the attack.

The body also asked the government to immediately undertake the reform of the Nigeria Police Force.

Armed soldiers had on Tuesday night opened fire on youths protesting police extortion and brutality in the country.

Several protesters were killed and others injured in the unprovoked attack that took place near the Lekki toll plaza in Lagos.

The statement read: “It is alarming to learn that several people have been killed and injured during the ongoing protests against the Special Anti-Robbery Squad in Nigeria. It is crucial that those responsible for abuses be brought to justice and held accountable. Following the government’s will to deliver on reforms, we expect to see decisive implementation.”