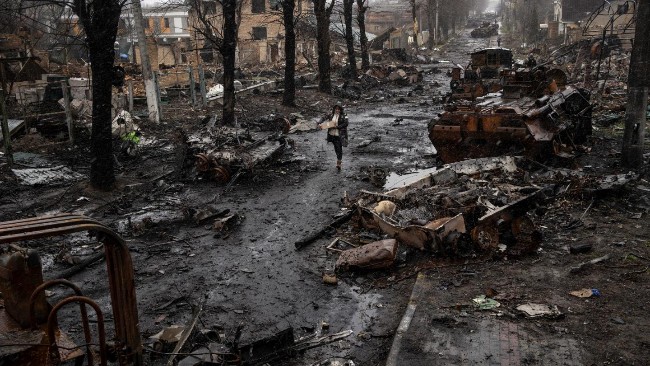 The European Union (EU), on Monday, said it was planning to impose stiffer sanctions on Russia following reported war crimes and atrocities committed by its retreating forces in Ukrainian towns where they allegedly killed hundreds of civilians.

The threats of new sanctions on Russia was disclosed by EU Foreign Policy chief, Josep Borrell, in a statement, saying that the EU “will advance, as a matter of urgency, work on further sanctions against Russia.”

“The massacres in the town of Bucha and other Ukrainian towns will be inscribed in the list of atrocities committed on European soil,” Borrel said.

He added that the sanctions will be discussed during the week at a meeting by EU foreign ministers where reports from a NATO meeting will be presented, or at their regular meeting next week.

Borrell’s statement also said the EU will offer assistance to Ukrainian prosecutors who are collecting and preserving “the evidence of the war crimes.”

“EU is also in support of the investigations into the crimes by the International Criminal Court and the United Nations human rights commissioner,” the statement said.

Related Topics:EUUkraine Russia war
Up Next