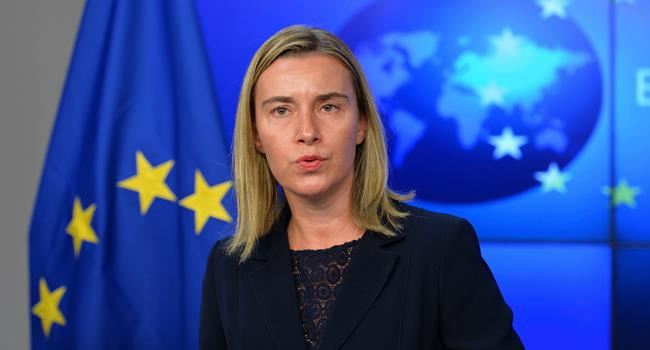 The European Union has urged Iran to reverse nuclear deal breaches as they do not see the landmark accord as significant, and do not intend for now to trigger the pact’s dispute mechanism, preferring more diplomacy to ease the crisis.

According to the European Union’s foreign policy chief Federica Mogherini in a statement on Monday, European signatories to the deal urged Iran to acknowledge the work undertaken by France, the United Kingdom and Germany to save the 2015 agreement.

“We invite Iran to reverse its steps and go back to full compliance with the agreement,” said Mogherini.

“The reality is that the deal has avoided Iran developing a nuclear weapon, and so it has been effective. I think everyone today recognises there is no alternative to this deal… As an international community at large, it is key to keeping the situation as calm as possible in the region,” she added.

Iran had announced it would begin enriching uranium beyond a limit set in an international nuclear accord, despite an earlier warning by US President Donald Trump.

Tehran has stubbornly passed the uranium enrichment cap set in its 2015 nuclear deal, marking the second time in a week that it made good on a promise to reduce compliance with the international pact following the United States’ unilateral exit last year.

The move was confirmed by Behrouz Kamalvandi, spokesman for the nuclear agency, who informed that Tehran had enriched uranium beyond the 3.67 percent purity that the deal allows, passing 4.5 percent.

In Tehran, Abbas Mousavi, spokesman for Iran’s foreign ministry, said that while Iran appreciated the efforts of some nations to save the deal, it has “no hope nor trust in anyone nor any country”.