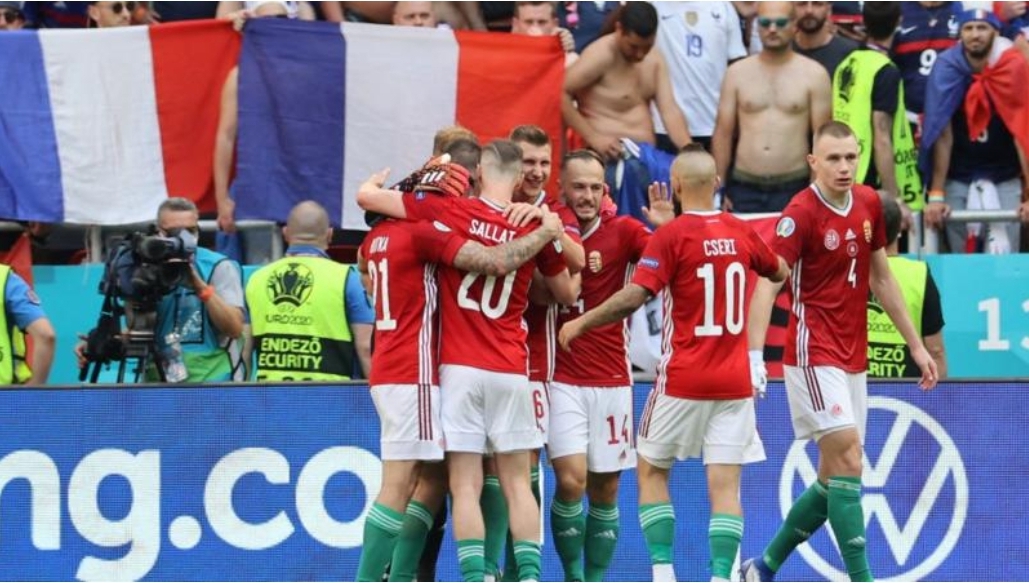 Barcelona forward, Antoine Griezmann was on target for France as they rescued a point from their second group F game against Hungary.

Hungary was on their way to clinching one of the biggest European Championship shocks in front of a 60,000 crowd at the Puskas Arena, Budapest on Saturday.

Attila Fiola fired Hungary into the lead just before the break as he held off the French defence to slot home after a one-two with Roland Sallai.

The hosts were heading to a victory when substitute Ousmane Dembele hit the post before his Barcelona team-mate Griezmann equalised to end the match at 1-1.

The world champions had opened their campaign with a 1-0 win over Germany and so are now on four points in group F ahead of their final group game against Portugal.

Portugal will be playing against Germany in the other game of the group later on Saturday.