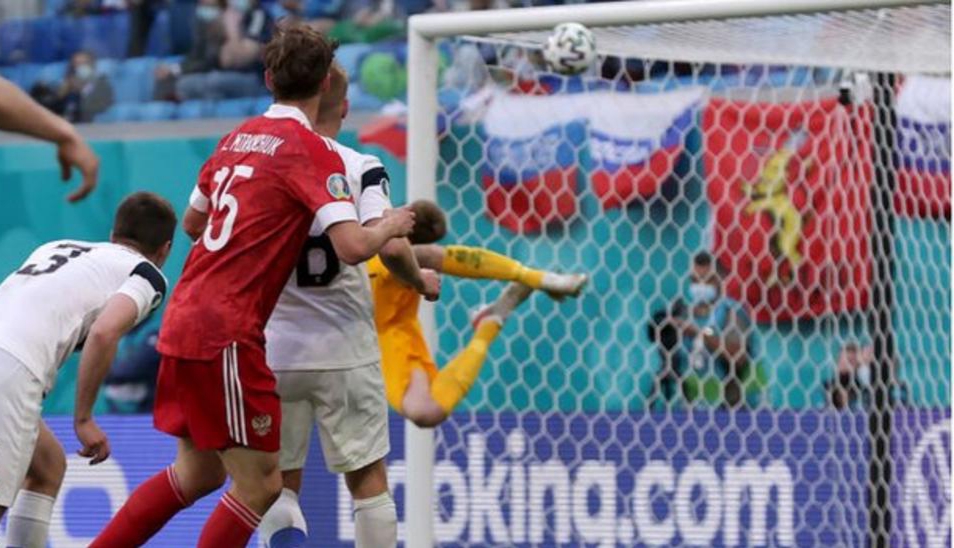 Russia succeeded in keep their survival hopes alive after they defeated Finland 1-0 in their second group game at Euro 2020.

It was Aleksey Miranchuk who scored the winner in first-half injury time with a fine, curling finish, despite being surrounded by defenders.

The result keeps both teams on three points each as the race for the knockout stages heightens in this second round of games.

Finland, competing in their first major finals, won 1-0 against Denmark on matchday one on Saturday.

The match was overshadowed by Denmark’s Christian Eriksen collapsing on the pitch. And as a gesture before Wednesday’s game, all the Finnish squad wore T-shirts saying ‘Get well Christian.’

Russia on the other hand were beaten 3-0 by Belgium in their opener, and will now hope to make something out of their final game against Denmark next week Monday.