Home » Latest » EUROPA: Inter to host Ludogorets behind closed doors because of coronavirus 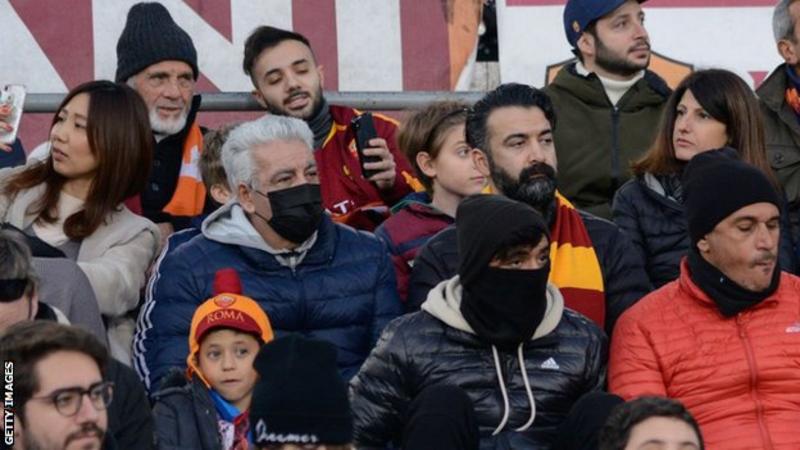 Serie A side, Inter Milan will host Bulgarian club Ludogorets in the Europa League on Thursday and the game will be played behind closed doors.

This, as agreed between the Italian government and UEFA, is a precautionary measure amid fears about the spread of coronavirus.

Inter were one of four Serie A clubs that had their game postponed at the weekend, even as Roma fans took precautions with nose masks during their game on Saturday (photo above).

Italy has the largest number of cases of the virus in Europe, with five person already reported dead.

About 77,000 people in China, where the virus emerged last year, have been infected and nearly 2,600 have died; while more than 1,200 cases have been confirmed in about 30 other countries, with more than 20 deaths.

Ludogorets, who lost 2-0 at home in the first leg of the last-32 tie, will face Inter in an empty San Siro on Thursday.