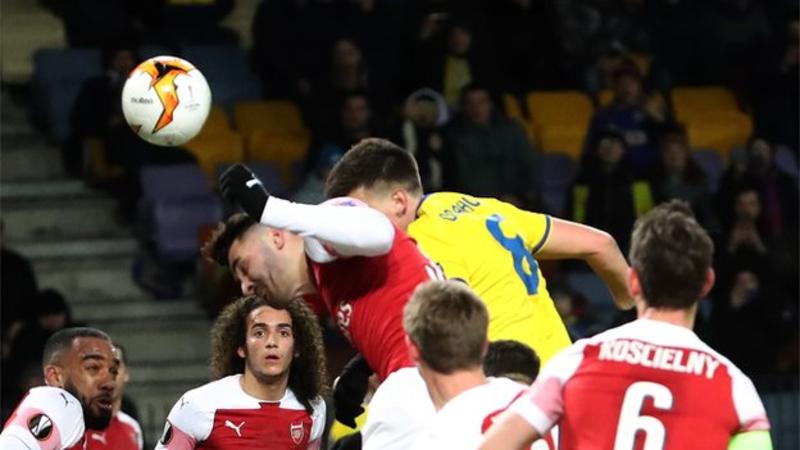 Super Eagles forward, Alex Iwobi was in action for Arsenal in a disappointing defeat to Bate Borisov in the first leg of their Europa League last 32 fixture.

Bate secured a 1-0 victory at home, thanks to a 45th-minute winner by Stanislav Dragun, which puts them in command of the tie.

Arsenal finished the game with 10 men as Alexandre Lacazette was shown a red card for elbowing Aleksandar Filipovic five minutes from time.

But the Belarusian champions held on to the advantage, and will now take a slender lead to Emirates Stadium for the second leg next Thursday.

In Sweden, Chelsea triumphed for the first time on the road in 2019.

The Blues defeated Malmo 2-1 to put themselves in command of the tie ahead of the second leg at Stamford Bridge next Thursday.

Ross Barkley poked in a curling cross from Pedro to score in the first half.

Olivier Giroud flicked in the second after Willian cut the ball back having beaten his opponent in the box.

Malmo ensured it was a nervy ending for Chelsea as Anders Christiansen slotted home in the 80th minute.

Chelsea remain unbeaten in the Europa League this season.

Nigeria forward, Peter Olayinka played as a substitute in Czech Republic side, Slavia Prague 0-0 home draw against Genk of Belgium in their Europa League clash.