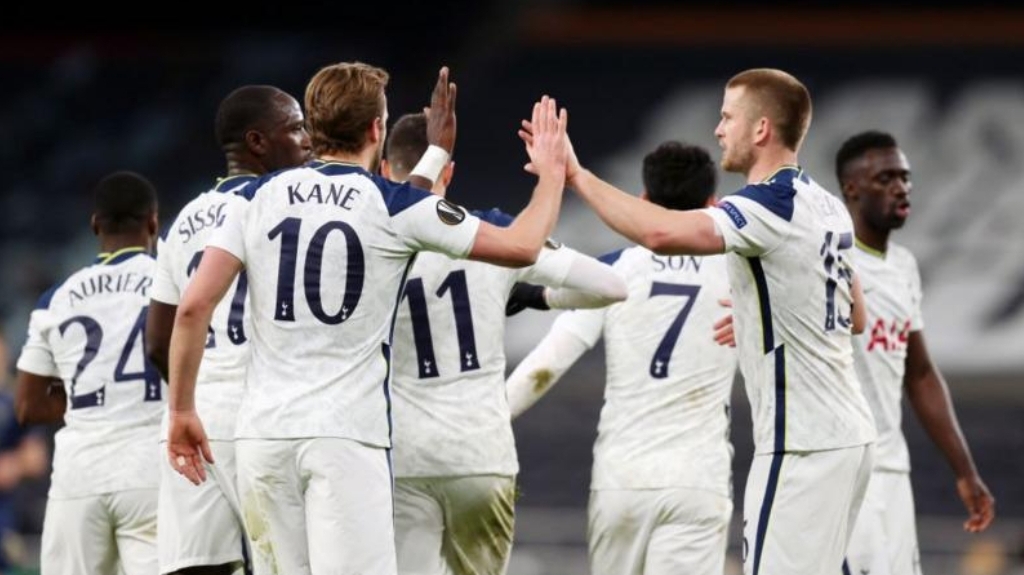 Tottenham Hotspur took control of the round-of-16 tie against Dinamo Zagreb in the Europa League after sealing a 2-0 home victory on Thursday night.

England captain Harry Kane opened the scoring in the first half before also sealing the victory with another goal 20 minutes to time.

Spurs, who are hoping to clinch their first title in 13 years this season, appear to be one leg into the quarterfinals of the competition.

Elsewhere, Arsenal also took control of their tie against Olympiakos as they won the first leg 3-1, playing away.

Martin Ødegaard opened the scoring in the first half before El-Arabi’s equaliser gave the hosts some hopes. But Gabriel and Mohamed Elneny scored to put the Gunners at the driver’s seat of the tie.

Ealier on Thursday, Another Premier League side, Manchester United were held to a 1-1 draw by Italian giants AC Milan.

The Red Devils were leading from early in the second half and thought they were taking control of the tie hoing into the second leg, but were stunned late on.

Amad Diallo’s stunning header on 50 minutes was cancelled by a 92nd-minute equaliser from Simon Kjaer, who took advantage of a defensive error to snatch a draw for his side.

In Czech Republic, Peter Olayinka’s Slavia Prague were held to a 1-1 draw by Scottish champions Rangers, who had Joe Aribo in action and Leon Balogun absent.

Rangers recovered from an early setback to earn a creditable away draw.

They trailed after six minutes when Nicolae Stanciu thumped in a stunning opener, before Filip Helander tapped home to level before half-time.

In the other clashes on Thursday, Dutch giants, Ajax thrashed Young Boys 3-0 at home and are in charge of the tie; AS Roma also theashed Shakhtar Donetsk 3-0 to be in control going into the second leg.

Granada defeated Molde 2-0, while Villareal won 2-0 away to Dynamo Kyiv, with Samuel Chukwueze in action for the Spanish club.