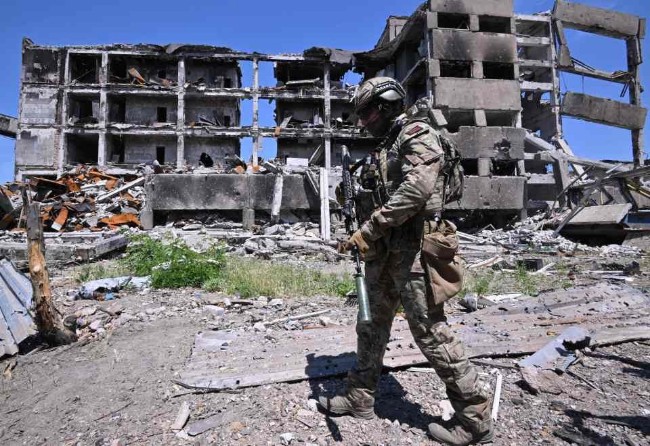 Russia has threatened to “wipe out” Europe and practically make the West “disappear” in a nuclear “apocalypse” if western leaders dare supply Ukraine with missiles.

The ominous threat came from
one of Russian President Vladimir Putin’s top political allies, Viacheslav Volodin, who warned that such a move would provoke a ‘nuclear conflict’ on the continent.

Sikorski had told Ukrainian channel Espreso TV in an interview on Monday that Poland would justify the delivery of nuclear weapons from the West, suggesting it would “give Ukraine the opportunity to defend its independence”.

“With such deputies, the Europeans will have much more serious problems than those they have already faced today (refugees, record inflation, energy crisis),’ Volodin, the head of the Russian state, Duma, wrote on Telegram on Tuesday.

“Sikorski provokes a nuclear conflict in the center of Europe. He does not think about the future of either Ukraine or Poland.

“If his proposals are implemented, these countries will disappear as well as Europe. He needs to be examined by a psychiatrist, pass the mandate and stay at home under supervision.

“It is precisely because of people like Sikorski that it is necessary to liberate Ukraine not only from the Nazi ideology, but also to demilitarise it, ensuring the country’s non-nuclear status,” he added.