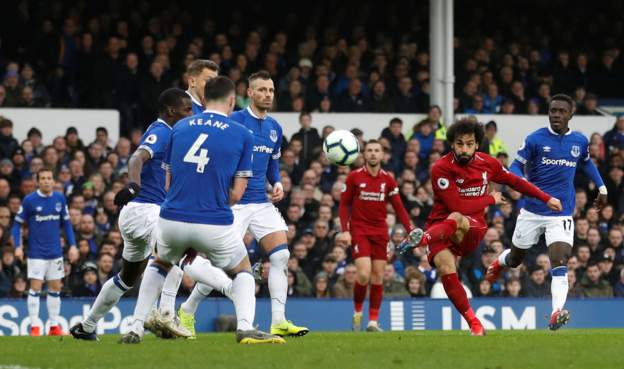 Liverpool were held to a goalless draw by city rivals, Everton at the Goodison Park as the Reds missed the chance to regain top spot in the Premier League.

Leaders Manchester City secured a slim 1-0 win at Bournemouth on Saturday to go top and Liverpool were hoping to win at Everton to regain their two-point lead.

“A tough match for both teams. The atmosphere in the stadium was fantastic,” Everton boss Marco Silva said.

On his part, Liverpool boss, Jurgen Klopp, who blamed the weather for his side’s failure to score, said he does not mind trailing at the top at this time.

“Who wants to be top of the table at the beginning of March? It is nice but there are lots of games to play.

“I watched Match of the Day last night and saw the celebrations of Man City, they had 900 chances and scored one goal, a shot with the wrong foot. You have to be ready for these chances.”

Meanwhile, Everton are on the 10th position in the Premier League.