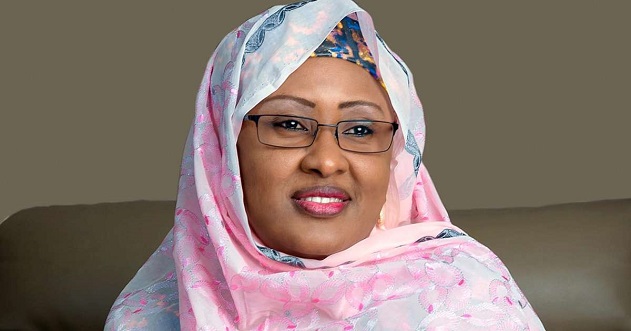 President Muhammadu Buhari’s wife, Aisha, has cried out over alleged impunity that has characterised the primaries of the All Progressives Congress (APC).

She regretted that such development could still be happening in the party despite its National Chairman, Adams Oshiomhole, being an activist who is expected to be fighting for the common man.

She stated this in a series of tweets she posted on her verified Twitter handle, @aishambuhari, on Sunday.

She called on Nigerians to rise against impunity, adding that voters should urge aspirants to be committed to the provision of basic amenities.

“It is disheartening to note that some aspirants used their hard earned money to purchase nomination forms, got screened, cleared and campaigned vigorously yet found their names omitted on the election day. These forms were bought at exorbitant prices.

“Many others contested and yet had their result delayed. Fully knowing that automatic tickets have been given to other people.

“All Progressives Congress, being a party whose cardinal principle is change and headed by a comrade/activist whose main concern is for the common man, yet, such impunity could take place under its watch.

“It is important for the populace to rise against impunity and for voters to demand from aspirants to be committed to the provision of basic amenities such as: potable drinking water, basic health care ( Primary Health Care centers)

“Given this development, one will not hesitate than dissociate from such unfairness, be neutral and speak for the voiceless,” the tweets read.

This came as her brother contested and lost the APC governorship primary in Adamawa State to the incumbent governor of the state.

Aisha had also one time criticised the APC government accusing it of not fulfilling its promises to Nigerians.

She had then vowed not to support her husband should the situation of things not change. 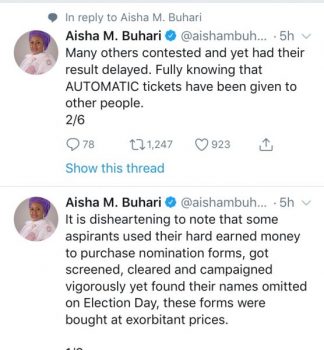 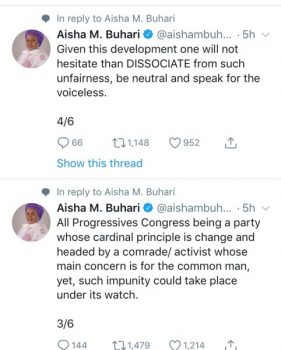 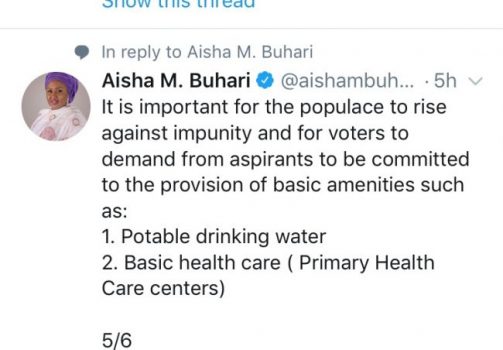