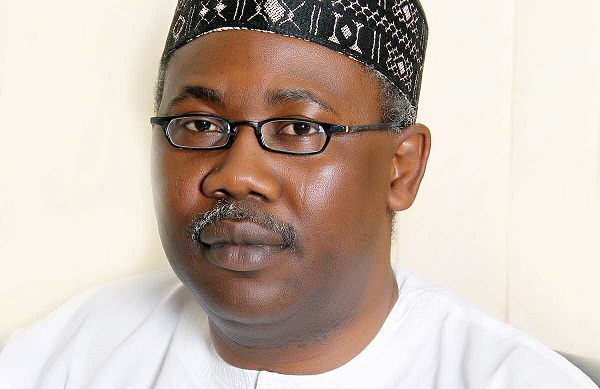 Less than 24 hours after the court ordered the arrest of the former attorney-general of the federation (AGF), Mohammed Adoke, his counsel, Femi Oboro, has said Adoke cannot be held responsible for carrying out presidential directives.

An Abuja High Court had on Wednesday ordered the arrest of former AGF and minister of justice under the administration of President Goodluck Jonathan, Mohammed Adoke, the former minister of petroleum resources, Dan Etete, alongside four others.

Adoke is answering charges bordering on the fraudulent allocation of the Oil Prospecting License 245 and money laundering involving the sum of about $1.2bn, forgery of bank documents and bribery.

In a statement on Wednesday, Oboro described the warrant of arrest issued by the court as unlawful, stating that a court had earlier ruled that Adoke could not answer for carrying out directives of Jonathan.

He said, “The order came as a surprise to our client considering the fact that the Federal High Court Abuja presided over by Honourable Justice B.F.M Nyako had in Suit No. FHC/ABJ/CS/446/2017 given a reasoned judgment granting to our client the following declaratory reliefs.

“The involvement of the plaintiff in the negotiations leading to the implementation of a Settlement Agreement dated 30th November 2006 between Malabu Oil & Gas Limited and the Federal Government of Nigeria and the eventual execution of Bloc 245 Malabu Resolution Agreement dated 29th April 2011 between the Federal Government of Nigeria and Malabu Oil and Gas Limited was in furtherance of the lawful directives/approval of the President in the exercise of his executive powers.

“The involvement of the plaintiff in the negotiation and eventual execution of the Block 245 Resolution Agreement dated 29th April 2011 between the Federal Government of Nigeria and Shell Nigerian Ultra Deep Limited; and Nigeria Agip Exploration Limited; and Shell Nigeria Exploration and Production Company Limited was in furtherance of the lawful directives/approval of the President in the exercise of his executive powers.

“The Plaintiff cannot be held personally liable for carrying out the lawful /approvals of the President while he served as a Minister of the Government of the Federation.”

Oboro accused the Economic and Financial Crimes Commission (EFCC) of concealing the existence of the judgement of the federal high court, Abuja, exonerating his client from all criminal allegations concerning the OPL 245.

“It is even more worrisome that the EFCC concealed this vital information of the existence of the Judgement of the Federal High Court Abuja exonerating our client from all the criminal allegations made in respect of the OPL 245 Settlement Agreement of 2011 from the Court in their application for the warrant of arrest especially the declaration that our client “bears no liability for obeying the lawful directives/approvals of the president of the Federal Republic of Nigeria.”

Adoke had earlier said he would fight the order in court because he had already been cleared of any wrong doing by a “competent court of law.”