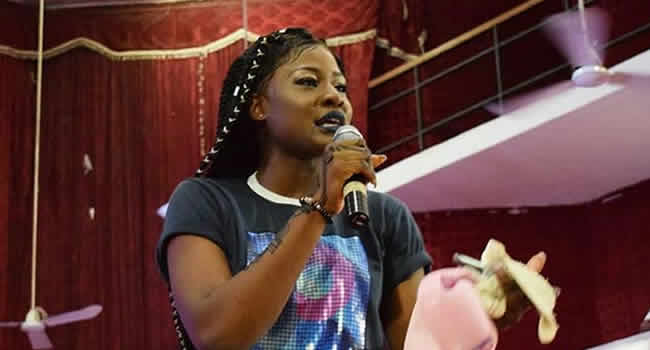 Alex Asogwa, the second runner-up of the 2018 Big Brother Naija edition has said it’s not easy to leave a life of a celebrity.

She spoke about the pros and cons of being a celebrity during her Instagram Live session with fans.

She said sometimes, it takes away the freedom of one’s expression and creativity.

The reality star revealed that life as a celebrity isn’t as fancy as people perceived it to be, instead, it is a title that often makes the person feel caged and rebellious.

“Caged, rebellious but strong-willed as I love my freedom and peace and I will protect it by doing me the right way,” she responded when asked how she feels about being a celebrity.

Alex further advised some of her fans on relationships and matters of the heart when probed.

A fan asked if it is right to marry while broke and she said;

“I believe everyone should strive to stand alone.

A would-be-husband that’s very rich should check that you put in your best to not be broke and help you stand on your own even before marriage since he is rich. Never make up your mind or settle to depend on anyone.”

She also said a relationship that doesn’t add up should not be allowed to graduate into marriage to avoid future regret.

Related Topics:Alex AsogbaCelebrityEx-BBNaijalifestyle
Up Next