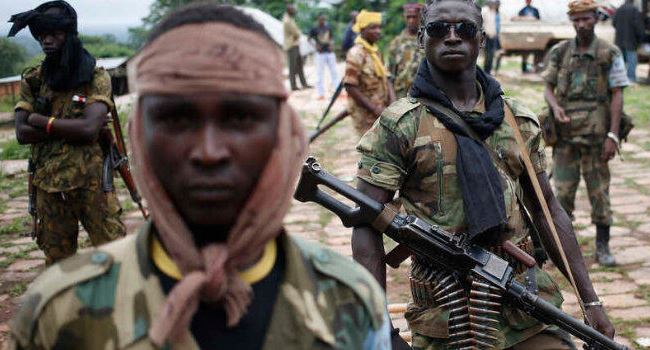 Kani who allegedly committed the crimes in 2013 in the capital, Bangui, following the overthrow of President François Bozizé, will appear before the ICC on Thursday for the first time.

Reports say the presiding judge Rosario Salvatore Aitala will use today’s session to verify the former rebel leader’s identity and the language he prefers to use during proceedings.

Kani who was arrested on Sunday by security forces will be informed of the charges against him and his rights under the ICC Rome Statutes during the trial.

This came days after CAR authorities confirmed the killing of no fewer than 44 rebel fighters during a heavy exchange of gunfire.

The incident was by the government spokesman who told the French news agency that the rebel fighters surrounded the capital, Bangui, in an attempt to overthrow the new administration.

The government spokesman also added that CAR troops were able to neutralise the rebels and captured the village of Boda with the help of Russian paramilitaries.

Related Topics:carICCwar crime
Up Next

NASS REPUBLIC: As Lawan defends Buhari ‘romance’. Two other stories, and a quote to remember