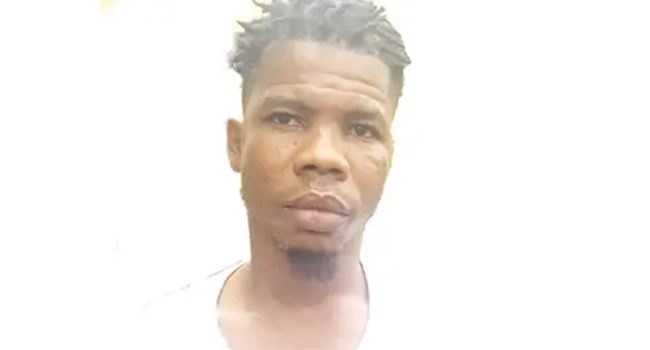 An ex-convict, Adeniyi Ajayi has been arrested by the Lagos Stste Police Command for allegedly raping not less than eight women during robbery operations in Lagos.

Ajayi’s arrest was announced by the state Commissioner of Police, Hakeem Odumosu, at a press briefing at the command’s headquarters in Ikeja on Wednesday.

According to Odumosu, Ajayi broke into the premises of a company, robbed workers of their valuables and sexually harassed the female employees in the process.

He further explained that Ajayi was tracked down to the Ijora Badia area of the state and arrested, adding that during investigation, more than eight victims accused the 27-year-old of raping them during separate robbery operations.

Odumosu said: “On June 16, 2020, around 1.55pm, some female and male members of staff of a particular company reported at the Sabo Police Station that one Adeniyi Ajayi, alias Ogologo, 27, forcefully gained entry into the company. The suspect claimed to be in company with other members of his gang outside the premises. He tied the hands and legs of the staff members and dispossessed them of four phones, two laptops and ATM cards.

“He sexually harassed the female workers. The suspect was arrested in a hotel at Ijora Badia by SARS operatives. The stolen phones were recovered from him. It was revealed that the suspect operated alone. He was recently released from prison custody. He equally confessed to a series of robberies and rape he single-handedly committed around Sabo and its environs.

“In the cause of investigation, more than eight female victims affirmed that the suspect robbed and raped them, even in the presence of their husbands and other family members. The suspect specialises in dispossessing victims of their phones, laptops and gold jewellery, and raping female victims. He will be charged.”

While speaking with reporters, Ajayi said: “I prefer to be killed than go to prison. I have been imprisoned before, but when I came out, I had no job and that was why I went back to robbing people. I have only raped three victims, and it was when their husbands and bosses refused to cooperate with me that I raped their wives and maids in their presence.”