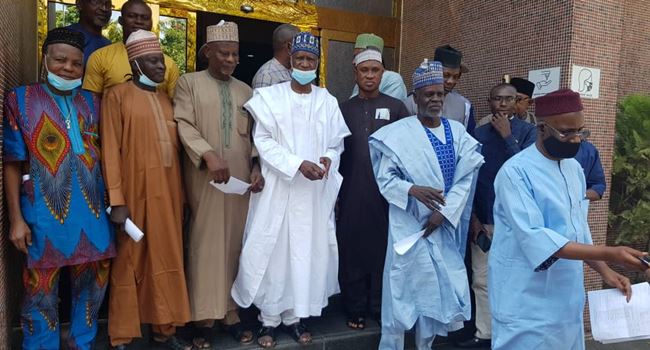 A group of politicians who claimed to be members of the defunct Congress for Progressives Change (CPC) on Wednesday announced the formation of a new political platform known as the New Nigeria Movement (NNM) ahead of the 2023 election.

CPC was one of the three political parties that merged and formed the All Progressives Congress (APC) in 2014.

The two other parties were the All Nigeria Peoples Party (ANPP) and Action Congress of Nigeria (ACN).

In a communiqué issued at the end of the inauguration of the movement in Abuja and signed by one of the members, Ahmed Zogo, the politicians said they formed the new movement because the ruling APC has deviated from its objectives.

The communiqué read: “The inaugural meeting of the New Nigeria Movement (NNM), a socio-political group comprising patriotic and credible Nigerians who are determined to give a new direction held in Abuja, the Federal Capital Territory, on the 20th of January, 2021.

“The pioneer members are drawn from the thirty-six states of the federation and united by a burning desire to give Nigeria a new political direction that will guarantee peace, true unity, equity, and mutual trust.

“The New Nigeria Movement (NNM), therefore, resolved to team up with patriotic Nigerians and the president to move the country forward.

“Our movement is in total support of the clarion call by Nigerians for power shift to the South and generational power shift.”