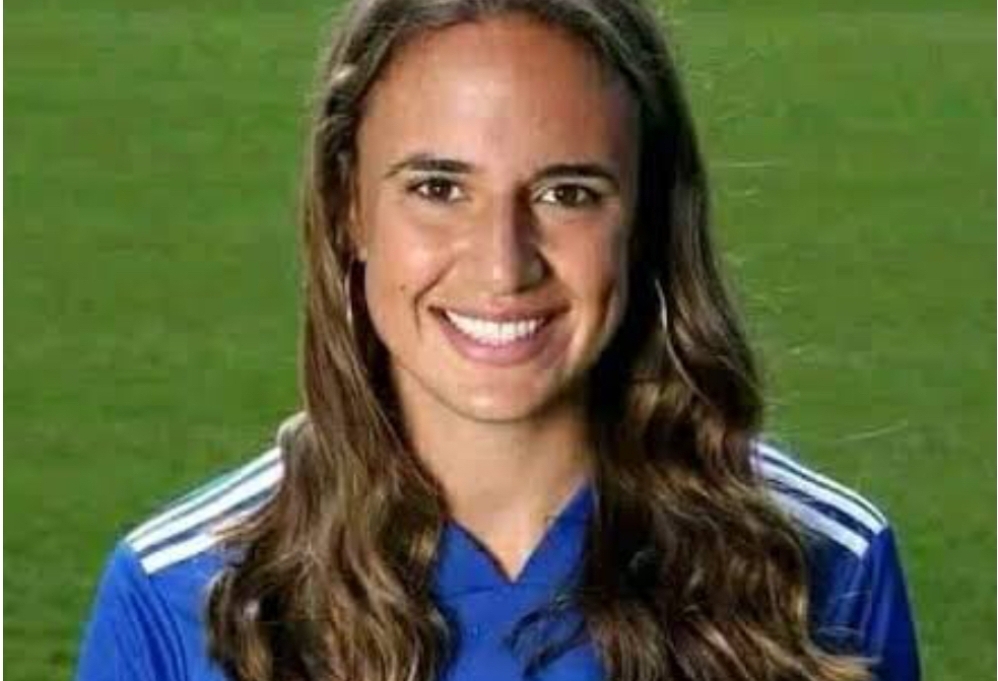 The 23-year-old, who plays for Women’s Super League side Leicester City, is eligible to play with the Super Falcons because of her father’s Nigerian heritage.

After joining training camps in Austria and Abuja with the Nigerian senior women’s team, she has now been cleared by FIFA and is eligible for Nigeria’s 2022 Women’s Africa Cup of Nations play-off against Ivory Coast in February.

“It was only possible because of her commitment and dedication. She made the federation’s work a lot easier by providing all the requirements in quick time.

“Ashleigh personally approached the English FA directly to get the required international clearance from that end.

“Her professionalism and unflinching desire to play for Nigeria is honestly heart-warming. That big move on her part obviously helped a lot and prevented the long wait for the FA’s response.”

Plumptre, who has a British mother, had been capped 30 times by England at youth level but qualified for Nigeria through the grandparent rule.

The centre-back needed to prove her eligibility and dedicated three months to acquiring all the required documents – a Nigerian passport and her grandfather’s documents and then officially requesting clearance from the four home nations (England, Northern Ireland, Scotland and Wales) as well from Nigerian internal affairs.

“She got all the documents in a few months without being forced or persuaded,” Olajire added.

“We’ve been through this Fifa process with other players in the past and others needed to be reminded. Ashleigh made personal sacrifices to ensure a smooth clearance.”

Plumptre joins a growing list of foreign-born players like Michelle Alozie, Patricia George and Nicole and Toni Payne, who all opted to represent the nine-time African champions.

She has played 25 games this season for Leicester women’s side which she first joined as an eight-year-old.

She previously played in the English top flight with Notts County in 2014 before moving to the United States.

Stints with US college side USC Trojans and LA Galaxy followed, before she returned from studying in January 2020 to play a key role in a memorable season for Leicester.

After she helped the Foxes to the FA Women’s Championship title in 2020-21, Plumptre was voted player of the season and rewarded with a new two-year deal.

Lukaku returns to Chelsea squad after apologizing for interview comments