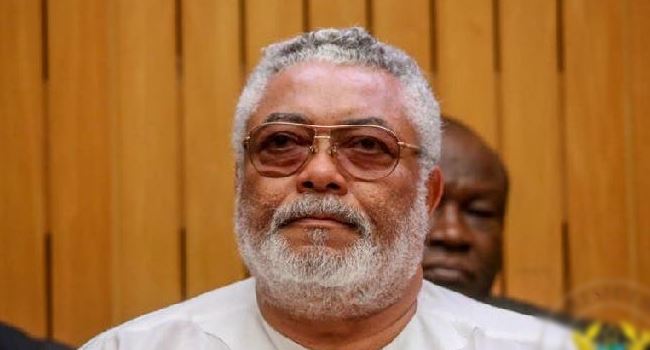 Former President Jerry Rawlings of Ghana has died of coronavirus-related complications according to multiple reports from Ghanaian media.

He died at Korle-Bu Teaching Hospital in Accra, capital of Ghana, on Thursday morning.

The former President initially came to power in Ghana as a flight lieutenant of the Ghana Air Force following a failed coup d’état he staged in May 15, 1979 five weeks before transition to civilian rule.

However, he resigned from the military, founded the National Democratic Congress (NDC), and became the first president of the Fourth Republic from 1981 to 2001.

Related Topics:GhanaJerry Rawling
Up Next