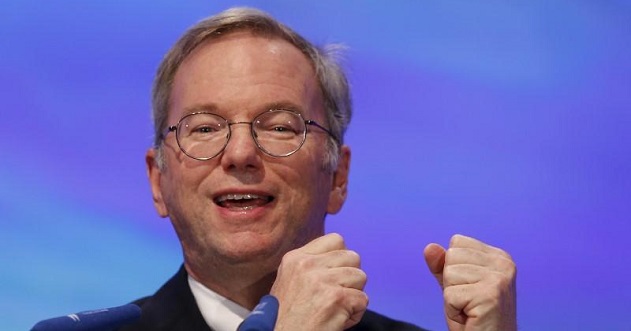 Ex-Google CEO Eric Schmidt has predicted that the internet will split in two in the next decade, CNBC reports.

Speaking at a private event in San Francisco, Schmidt said that he believes China will effectively split away and create its own internet.

“I think the most likely scenario now is not a splintering, but rather a bifurcation into a Chinese-led internet and a non-Chinese internet led by America,” he said.

“If you think of China as like ‘Oh yeah, they’re good with the Internet,’ you’re missing the point. Globalization means that they get to play too. I think you’re going to see fantastic leadership in products and services from China. There’s a real danger that along with those products and services comes a different leadership regime from government, with censorship, controls, etc.”

Schmidt has flagged up Chinese technological advancement before. In November of last year he warned the US that it would have to step up its game if it didn’t want to be outgunned by China on AI, predicting that it would be a world leader in the industry by 2030.