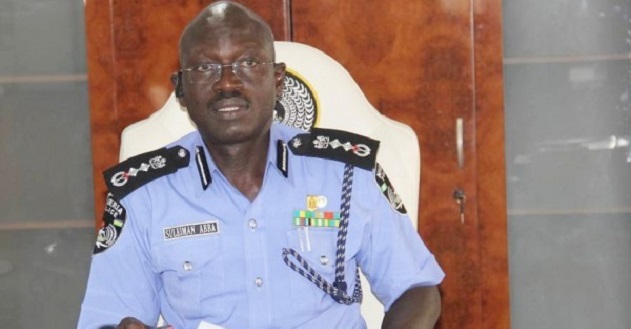 Suleiman Abba, former Inspector-General of Police, who recently claimed that former president Goodluck Jonathan was forced to concede defeat in the 2015 presidential election by the police, has picked senatorial nomination and expression of interest forms at the national secretariat of the All Progressives Congress (APC) in Abuja.

Abba, who picked the forms on Monday, is seeking to clinch the party’s ticket for Jigawa Central senatorial district.

Abba told reporters that he was in the race to make meaningful contribution to national development.

Abba said the interest of his people and his interest to serve his country made him to join politics.

“The interest of my people to have a better representation at the national assembly and my personal desire to serve my country Nigeria at the national level again, and this is bearing in mind that representing the seven local governments that make up Jigawa central constituency does not end at conveying their views and vice versa, it also involves joining my colleagues in taking decisions that will affect the nation whether politically, economically, socially and other activities of human life that will put Nigeria in its rightful place in the comity of nations,” he said.

Asked what his take was on the refusal of the current IGP to appear before the Senate, he said he would advise him to do so.

“I will certainly advise the IGP to respond by going there. I don’t think in any situation there is a better person to defend you than yourself,” he said.

“Of course we have lawyers who present the interest of their client but in all situation, this is my personal belief, your personal defence is always better.

“I had always appeared before the Senate whenever they needed me. Even at a time when everybody thought differently, I appeared before a committee of a Senate to make a clear presentation of what the situation was and I think it went on.”