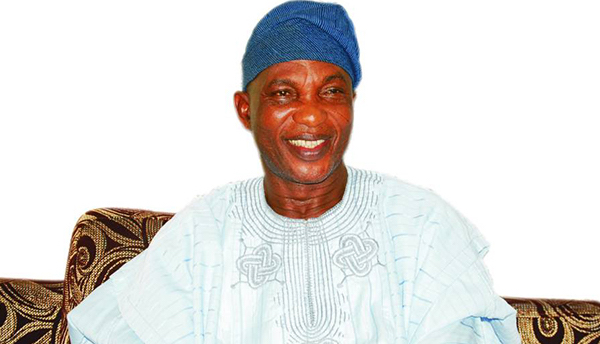 A former Secretary to the Osun State Government, Alhaji Moshood Adeoti, returned to the All Progressives Congress (APC) on Friday.

Adeoti, who is also a former chairman of the APC in Osun, defected to Action Democratic Party (ADP) in the build-up to the 2018 governorship election in the state.

He was one of the 17 aspirants in the July 19, 2018 governorship primaries conducted by the party in the state.

He, however, announced his withdrawal on the eve of the primaries.

The ex-SSG later contested the governorship election on the platform of ADP, where he scored 49,742 votes.

He said: “The result of the efforts of the likes of pioneer National Chairman of the APC, Chief Adebisi Akande, immediate past governor of the state, Rauf Aregbesola, and members of the State Elders Forum, is what we are all witnessing today.

“It must not also go without particular mention, the numerous efforts made by Governor Gboyega Oyetola, who despite his very busy schedule, tirelessly mounted pressure on me and my supporters.

“This was done through telephone calls and personal visits to my residence in lwo on the need for us to return to APC, where he said we rightly belong.”

He, however, said his brief sojourn and investment in the ADP had yielded bountiful dividends with founding members of the party joining him in APC.

He also directed all his supporters to go to their wards, to formally join the ruling party.

Related Topics:APCEx-Osun SSG
Up Next

We did nothing wrong with APC NWC dissolution —Bagudu