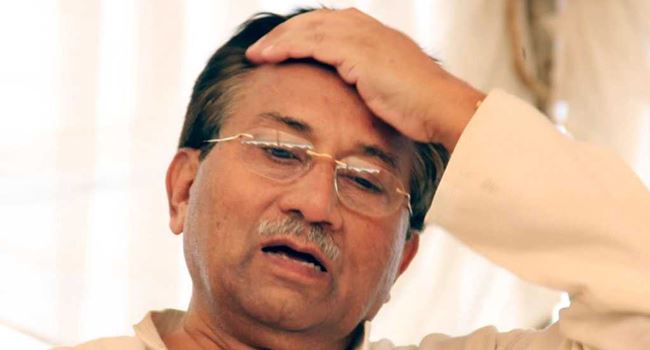 Pakistan’s former military leader, Gen. Pervez Musharraf, was on Tuesday sentenced to death at a special court hearing in Islamabad.

The three-member court sentenced him over a high treason charge that has been pending since 2013, the BBC reports.

He is currently in Dubai after being allowed to leave the country for medical treatment in 2016.

The charge relates to Gen. Musharraf’s suspension of the constitution in 2007, when he imposed emergency rule in a move intended to extend his tenure.

He issued a video statement from a hospital bed earlier this month, describing the case against him as “baseless.”

Gen. Musharraf is the first military ruler to ever stand trial in Pakistan for overruling the constitution.

The verdict was announced Tuesday with a 2-1 majority.

In November 2007, Gen. Musharraf suspended the constitution and imposed emergency rule – a move which sparked protests. He resigned in 2008 to avoid the threat of impeachment.

When Nawaz Sharif – an old rival whom he deposed in a coup in 1999 – was elected prime minister in 2013, he initiated a treason trial against Gen. Musharraf and in March 2014 the former general was charged for high treason.

He argued the case was politically motivated and that the actions he took in 2007 were agreed by the government and cabinet. But his arguments were turned down by the courts and he was accused of acting illegally.

According to the Pakistani constitution, anyone convicted of high treason could face the death penalty. Gen Musharraf has been living in Dubai since 2016 and he has steadfastly refused to appear before the court, despite multiple orders.