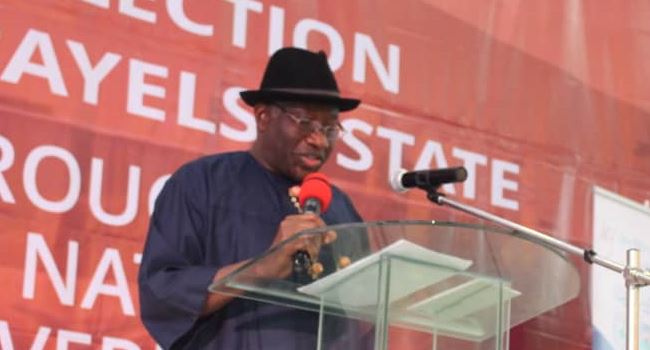 Former President Goodluck Jonathan has sent a message to all those desiring to become the next governor of Bayelsa State, advising them on what their paramount objective should be.

According to him, all those who want to govern Bayelsa should not desire for power because they want to “enjoy privileges and entitlements, but for the purpose of improving the livelihood of the people.”

Jonathan spoke at a workshop on ‘Credible governorship election and good governance in Bayelsa state’, organised by Ijaw Elders Forum.

The former president made part of his speech at the event known in a post on his official Twitter handle.

“Our society will be better if all political players commit themselves to this Charter.”

The state remains one of the volatile states in Nigeria during any elections. Scores were recorded to have died in the state during this year’s general elections.

PDP hails Bulkachuwa, says petition was to save judiciary’s integrity