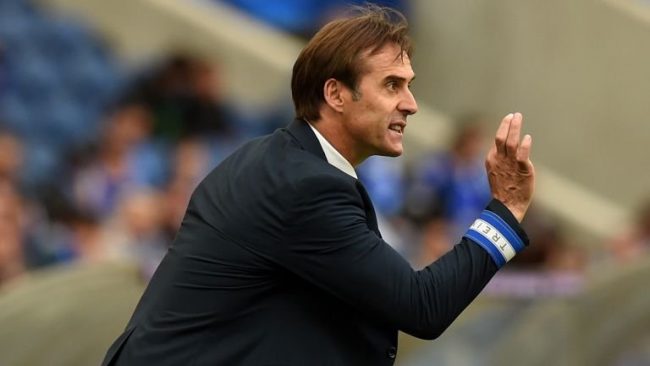 Former Real Madrid player Ivan Campo has pleaded with his former club to retain under-fire Coach Julen Lopetegui until the end of the season.

After falling 5-1 to Barcelona in El Clasico, more pressure has piled up on Lopetegui, who has now lost four of his last six matches in charge of Los Blancos.

Spanish retired footballer Campo pointed out that the team may have missed the services of Cristiano Ronaldo and that it would take some time for them to regroup and return to excellent form.

“Ronaldo was a very important player who left Real Madrid, a player who scored more than 40 goals per season,” Campo told reporters.

“But the club is above everyone else, so even if this player has gone, there are still other players and the Coach who stands alongside them.

“They should be given the time to return to that level and it is not the fault of the Coach because it is the players who play the game, not the Coach.

“He should not be sacked, he should remain in place until the end of the season.”

Meanwhile, according to reports in the Spanish media, former Chelsea boss Antonio Conte is set to replace Lopetegui.

Conte arrived London earlier today to finalise his contractual exit from Chelsea to allow him to be appointed Coach at Real Madrid this evening, this also was according to reports.