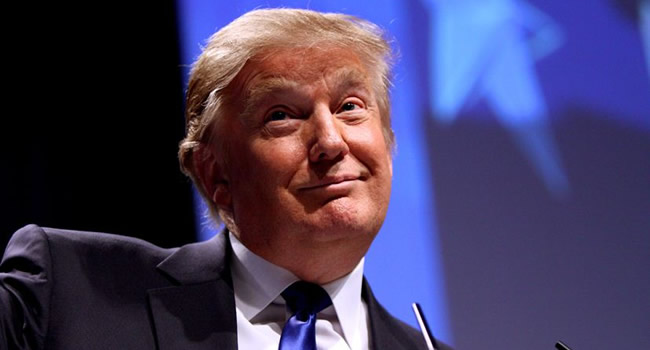 The former President of the United States, Donald Trump, has launched a self-hosted social media platform.

The development comes in fulfilment to his promise to build a personal digital presence following cross platform ban from Facebook and Twitter.

The former President was booted out of Twitter and Facebook following charges of misconduct and breaking of social media platform rules.

Footnote signage on the website revealed that the development of the electronic facility was paid for by Save America JFC, a joint fundraising committee of Save America and Make America Great Again PAC.

Afrikrea, an Ivory Coast-based e-commerce startup, has launched a new software as a service (SaaS) platform.
The new platform is expected to power omnichannel global selling for African micro retailers.

The ecommerce platform was founded in 2016 as a marketplace for the selling and buying of African-inspired clothing, accessories, arts and crafts.

Today, the platform has 7,000 sellers across 47 African countries, and records over 500,000 visits a month with the majority of customers located in Europe and North America.

Ripples Nigeria had earlier reported that the startup raised a US$1 million funding round early last year.

Also, to scale its venture, the startup has now partnered DHL and Visa to launch ANKA, a platform that allows African micro retailers to easily sell their products to the world.

3. SA’s Carry1st closes $6m Series A to scale across Africa

Carry1st, a mobile game publishing platform that enables global gaming studios to unlock the untapped African market, has raised US$6 million in Series A funding to help it scale further.

Based in Cape Town, the South Africa startup is a mobile game publisher serving the first generation of African smartphone.

Today, the startup has reached over 1.5 million users across the region, providing a full stack publishing solution, handling distribution, localisation, user acquisition, marketing, customer experience, and monetisation for its partners.

Speaking on the development, Cordel Robbin-Coker, co-founder and chief executive officer (CEO) noted that the startup will use the funding to secure new partnerships with global gaming studios, launch and scale its existing portfolio of games, and expand its product, engineering, and growth teams.

He said: “We’re excited to partner with this world-class group of investors who, in addition to capital, bring expertise across game development, publishing, and fintech.”

In 1995, after spending Labor Day weekend at home writing code on his personal computer, eBay founder Pierre Omidyar launches AuctionWeb, a site “dedicated to bringing together buyers and sellers in an honest and open marketplace.” The website is free to use for buyers, but sellers are charged fees for listing items after a limited number of free listings, and again when those items are sold.