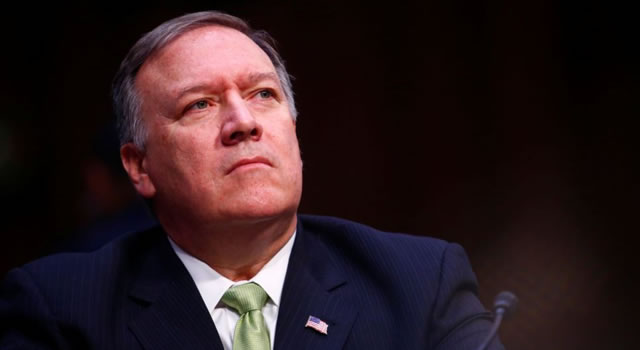 The former United States Secretary of State, Mike Pompeo, said on Wednesday least 1,500 Christians have been killed in Nigeria in the last six months.

Pompeo, who stated this in an article titled: “The Persecution of Christians in Nigeria Demands Our Attention” published by the American Centre for Law and Justice, argued that the Nigerian government is not doing enough to protect religious freedom in the country.

He also accused the government of suppressing news of the killings of Christians in many parts of Nigeria.

The ex-Secretary of State said the “Open Doors” Country Report revealed that more Christians are killed in Nigeria because of their faith than in any other country in the world.

Pompeo said: “At least 1,500 Christians have already been killed in Nigeria in 2021, and even more have been kidnapped and are either being held hostage or trafficked. The attacks are brutal. Armed radical Islamic groups arrive in a village during the night, kill the men, rape, and murder the women, and kidnap the children.

READ ALSO: US will deploy all tools to dislodge Boko Haram from Nigeria – Pompeo

“The Nigerian government thus far has sought to downplay the attacks, characterising them as conflicts between herders and farmers rather than as religiously motivated acts of terror. These terrorists must be held accountable for such preposterous characterisations.

“Given that Nigeria has the largest Christian population of any African country – over 80 million, nearly half of its people – it is essential that this persecution is snuffed out before it becomes even worse.

“The number of Christians murdered there increased by 60 percent in 2020. The presence of radical, jihadist Islamic groups in northern Nigeria, such as Boko Haram and the Fulani herdsmen, ensures that this ongoing persecution is likely to get worse. I have personally met with Christian Nigerian leaders and heard their tragic stories of those who have been persecuted because of their faith.”