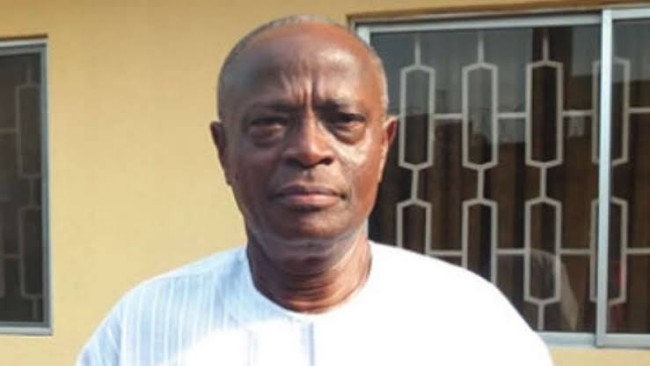 Adeseye Ogunlewe, a former Minister of Works and chieftain of the ruling All Progressives Congress (APC) has implored President Muhammadu Buhari to wade into the leadership crisis threatening to divide the party.

Ogunlewe made this assertion on Friday, during an interview with AriseTV monitored by Ripples Nigeria.

According to him, “APC is a new party, so to speak, and running a big political party requires experience and sound leadership. The buck stops with President Buhari and he should not allow it to disintegrate due to contending forces looking to hijack the party.”

Ogunlewe further explained the travails bedevilling the party’s Caretaker/Extra-ordinary Convention Planning Committee of the All Progressives Congress (APC) whose leadership is under limbo as Governor Sani Bello of Niger State seeks to oust Mai Mala Buni of Yobe from the helm of affairs.

“Combining the two functions, the CECPC and National Working Committee, NWC in charge of the convention, is a clash of interests. They should appoint a neutral person who isn’t a governor and must be in an acting capacity pending the National Convention. This is the problem Buni faced — the dual role is very impossible to actualise.

“An acting National Chairman and Secretary can continue once he is appointed by the NWC. The National Convention is not that compulsory in the grand scheme of things but it should be guided by the Electoral Act. The existence of the APC depends on the President who must sort the issues,” Ogunlewe stated.

He further spoke on the rejection of Bello’s chairmanship position by the Independent National Electoral Commission saying, “The NWC should redress this issue since it might affect the schedule of the convention and could also be a recipe for litigation in the future.

Ripples Nigeria had reported that the Independent National Electoral Commission (INEC) refused to recognize the chairmanship of Bello.

This was detailed in a letter by the commission dated 9th March 2022, signed by the Secretary to the Commission, Rose Oriaran Anthony, and titled, “Re: Invitation to the emergency meeting of the National Executive Committee.”

According to the INEC, Governor Buni remains the National Chairman of the APC Caretaker Extra-Ordinary Convention Planning Committee, and will only correspond with him regarding the internal affairs of the party.

The Commission had, earlier, rejected a letter inviting it to an emergency meeting of the National Executive Committee of the ruling party.

Furthermore, the INEC pointed out a glaring omission of the names and signatures of the National Chairman and National Secretary of the CECPC, Buni and Senator John Akpanudoedehe, respectively in the letter of invitation.