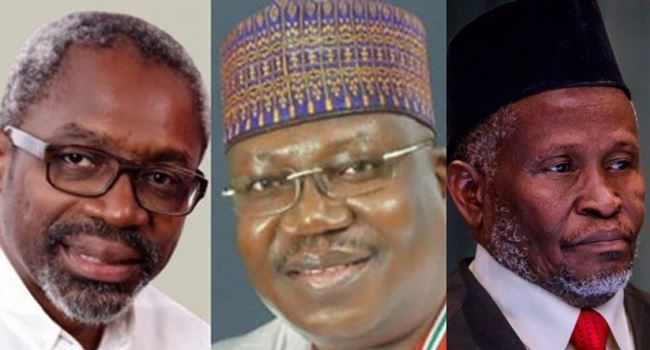 The Nigerian Financial Intelligence Unit (NFIU) has commenced investigations into the bank accounts of the leaders of the National Assembly and the Chief Justice of Nigeria (CJN) Tanko Muhammad among others.

The NASS leaders under investigation include: the President of the Senate, Ahmad Lawan; his deputy, Ovie Omo-Agege; Speaker of the House of Representatives, Femi Gbajabiamila; his deputy, Idris Wase, as well as the principal officers and members.

It was gathered that NFIU had requested deposit money banks to immediately release the account details of all legislators and judiciary officials in the country.

In a letter dated September 10, 2019 and signed by NFIU Associate Director, Analysis and Compliance, Fehintola Salisu, the Chief Compliance Officers of banks were to furnish it with account names, numbers and transaction details of the top civil servants.

The agency also sought the account details of members of the National Judicial Council (NJC).

Although it listed judges and national assembly members as well, there was no mention of any member of the executive arm of government.

The NFIU, headed by Hamman Tukur, further directed the banks to forward the information on or before Friday, September 13, 2019.